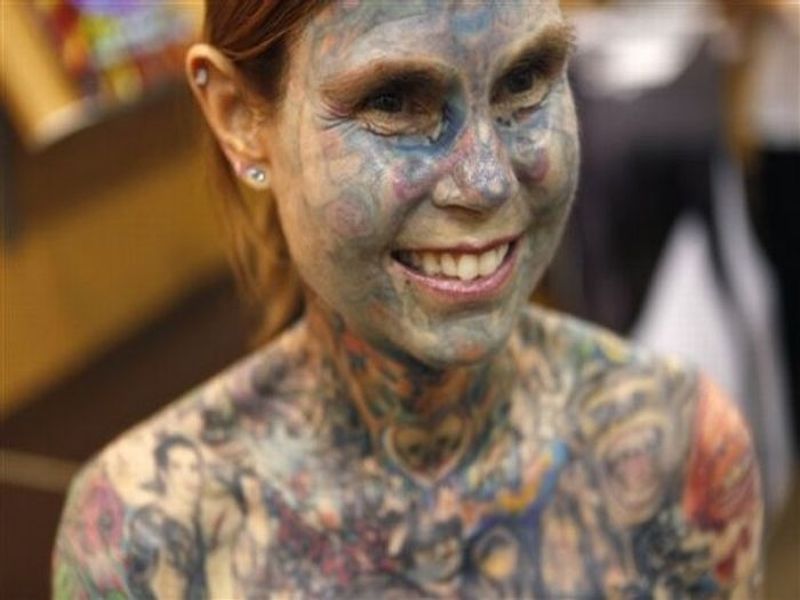 Body tattoos look good but it takes a long time to get one done and it is a costly affair as well. However, those interested in getting themselves inked do not think about the inconvenience involved and there are some who have taken their love and interest for tattoos to a next level altogether. We are referring to the tattoo fanatics across the globe, and here are some of them. 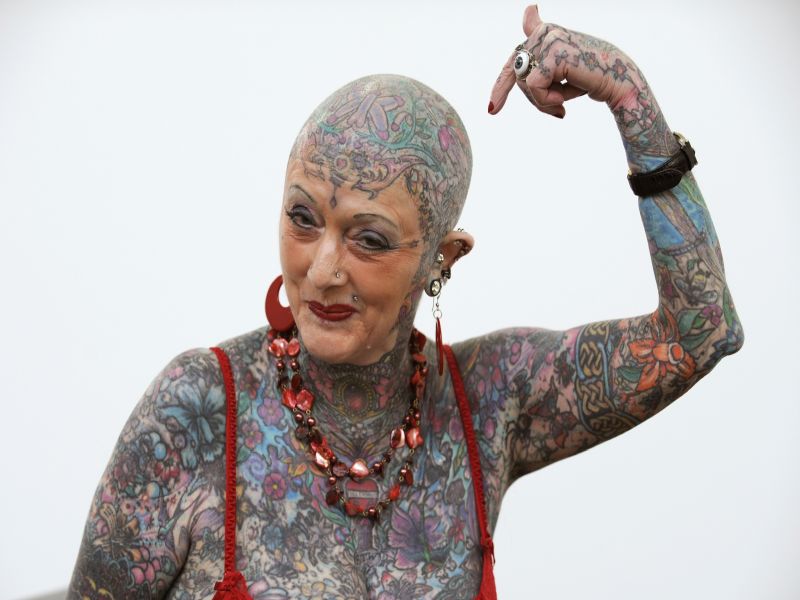 Became popular as the world’s most tattooed female senior citizen, Isobel Varley was a Guinness World Records holder from Yorkshire, United Kingdom. After covering 93 percent of her body with tattoos, she carved out a niche for herself as an iconic figure in the body modification community. After getting her first tattoo in her late 40s, she got over 200 tattoos inked on her body over a ten year period. According to her, she was only keen to get a small bird tattoo done on her body.  However, after getting inked once she kind of got addicted to it. 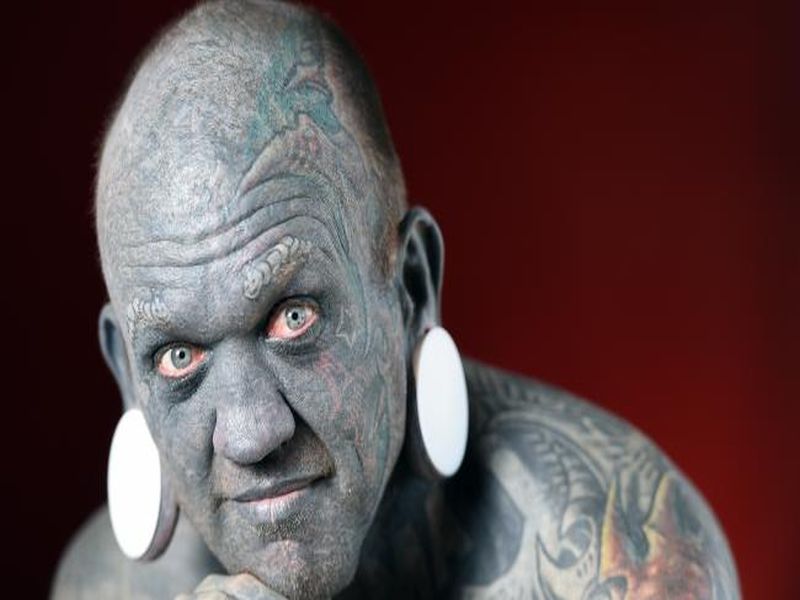 Born in 1971, Lucky Diamond Rich whose real name is Gregory Paul McLaren is the most tattooed man in the world. His fascination for tattoos began at an early age when he started reading about men and women getting body tattoos. His first body tattoo was that of a small juggling club that he got done on his hip. Since then till now, he has inked every inch of his body including his eyelids, mouth, ears and foreskin.

Julia Gnuse, aka The Illustrated Lady, was a tattoo fanatic who got 95% of her body covered with tattoos. She developed porphyria in her 30s, which is a condition wherein sunlight blisters the skin. To hide scarring caused by blisters, she began getting tattoos. The doctors had suggested her to get pale skin tone color tattoos but they didn’t help. Eventually, she decided to get colorful tattoos depicting cartoons and other things she liked. 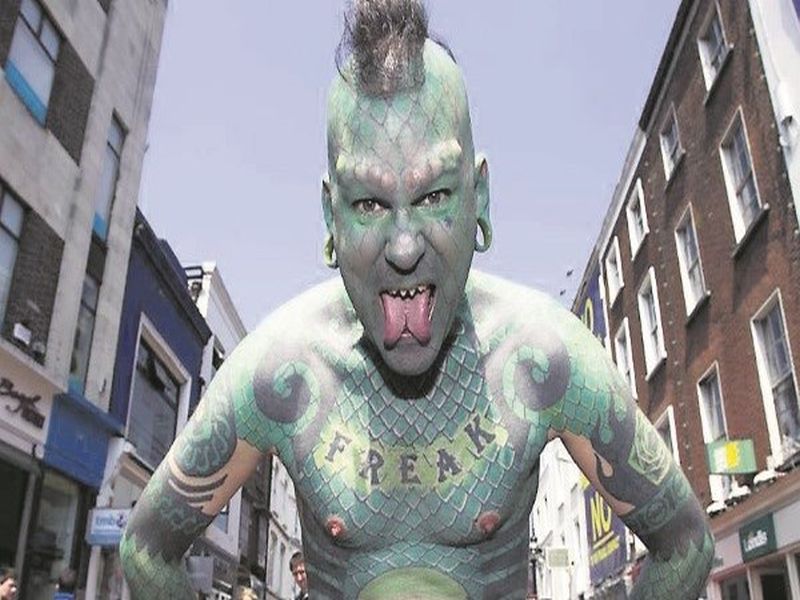 The Lizardman is Erik Sprague (born June 12, 1972), who has taken body tattooing and other body modifications to extremes. The freak show and sideshow performer have a full body tattoo of green scales, a bifurcated tongue, sharpened teeth, subdermal implants and green-inked lips.

Body tattoos are one of the ways that we humans count on for adding charm and charisma to our personalities. However, there are some body tattoo fanatics, who in their efforts to stand out from the crowd and due to other reasons end up getting inked in ways that others find disturbing.

Tattoo fanatics across the globe was last modified: May 24th, 2017 by DrPrem Jagyasi

Where can one get a tree tattoo...

Which tattoo design should one go for?

Will a skull tattoo look the best...

On which body part does the live...