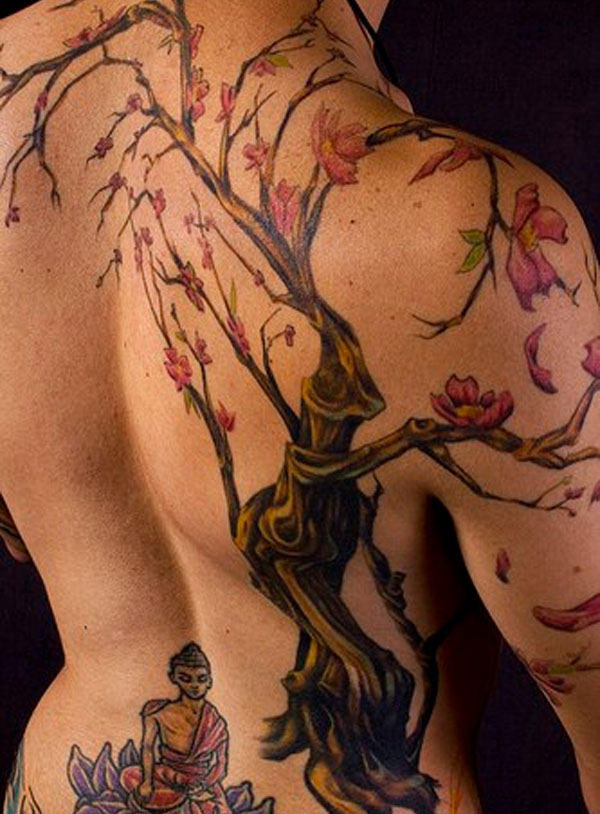 Tattoos have evolved into a definition of oneâs individuality. Dating back thousands of years, the initial practice of inking is thought to have been related to healing. Historical records also show evidence of people tattooing themselves as a mark of fealty to oneâs own tribe and lord as well as achievements. Now, inking isnât confined to certain sections of people. The reasons for getting tattooed are varied, ranging from love for art and in remembrance of a loved one to being a sign of adulthood and showing the world oneâs individuality. Whatever the reason, the decision to get inked requires long thought as it is virtually impossible to remove a tattoo unless you undergo laser therapy. This is why experts and tattoo artists themselves advice unmarked people to think hard about the kind of tattoo they want to get to avoid regrets in the future.

Spiritual designs are some of the most common themes in tattooing. Like the cross, stars and the moon, one such design is that of the Bodhi tree. Similar to the tree of life, the Bodhi tree is symbolic of enlightenment and wisdom. Its importance lies in the belief that Buddhismâs founder, Gautama Buddha, sat under a Peepal tree for seven days and meditated until he achieved enlightenment (Bodhi).

The sacred fig tree was believed to be a very ancient and large tree located in Indiaâs Bodh Gaya, in Biharâs capital, Patna. To this day, Bodh Gaya is considered one of the four main pilgrimage spots in Buddhism. The tree which is found in Mahabodhi Temple, Bodh Gaya, is said to have been propagated from the original tree which was planted around 288 BC in Sri Lanka.

The Buddha is said to have gained enlightenment after searching for the truth for years. He left behind his wife and child and went in search of answers to eternal questions that plagued his mind. Frustrated with his lack of success, he decided to sit under a tree in utter stillness. Seven days later, he awoke in enlightenment.

Indiaâs famous King Ashoka is said to have converted to Buddhism and meditated under the original tree. His wife, not pleased with her husbandâs dedication, had the tree chopped. Ashoka is then believed to have nurtured it back to life with milk and the tree grew tall and strong like it once stood. His daughter, a Buddhist nun, continued her fatherâs religious beliefs by planting a cutting in a garden in a Sri Lankan monastery. This cutting is now believed to be the oldest continually documented tree in the entire planet.

As a tattoo design, the Bodhi tree is indicative of a personâs search for the truth. Be it questions of life and death or that of personal matters, the Bodhi tree symbolizes mankindâs thirst for the truth and knowledge. It stands for reawakening to a better place in oneâs existence, understanding the meaning of suffering and life itself. Peace, which is the root of Buddhism, is encompassed by the Bodhi tree. And with the state of todayâs world, it is no wonder that this symbol of enlightenment, truth and peace should be one of the most meaningful tattoo designs. Now since you know the significance of the Bodhi tree tattoo, you can opt for it if you are inclined towards peace, truth and enlightenment.