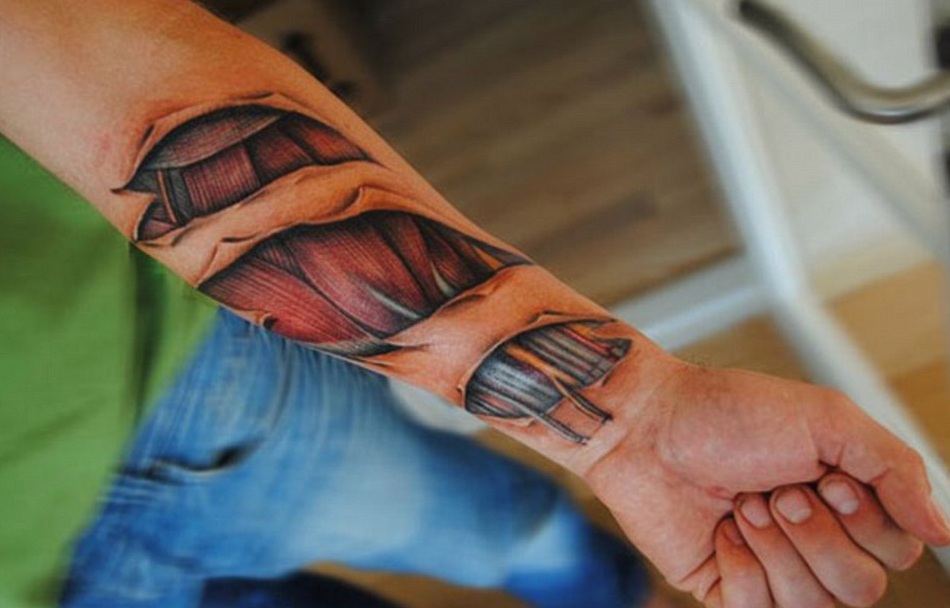 There was a time when getting a design imprinted on your body was so unacceptable that very few people dared to go for it. Those handfuls who really wanted to give it a try by inking themselves would either be considered as rebels and socially unacceptable. Then the times started changing and getting tattooed became synonymous with being ‘cool’. It became a method of expressing yourself. Now it has even moved on from traditional sticker-type motifs to realistic ones with 3D effects that stick out of your skin.

One of the most common realistic tattoos is the one where you ink an insect on your body – the most eerie one being that of a spider on your neck or shoulder! This is one such example, which is so creepy that people around you always have a tendency to either run away or try to help you out. The amazing fact is that this spider is so well detailed that you can even see the hairs on its legs! 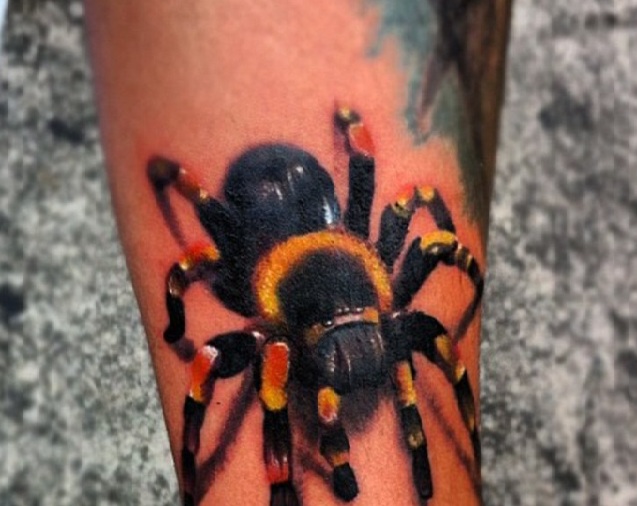 Next on the list is this wound tattoos which is so gross that at times people who take a look at it might even feel nauseated for the rest of day! The wound is depicted as a deep slit at the arm. This tattoo makes the person look like a wounded person with blood flowing profusely out of the wound. The detailing of the muscles, blackish clotted blood and torn flesh all around makes it looks extremely horrid, and perhaps most realistic.

Some realistic tattoos would basically give a cross sectional view of your body with detailing the nerves and veins. This tattoo is an example of that sort. Mostly this is done in a metallic manner so that the person wearing it looks like a robot with the outer covering of human flesh getting torn off after decaying! To make it look more real, the tattoo of a feminine face over the nasty ‘bloody-affair’ has been deliberately made by the tattoo artist. Well, the yucky part of it is that insects and creepy worms are swarming in the wound! 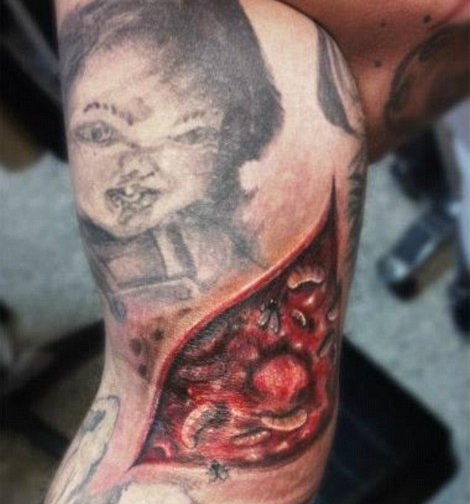 Now that you have a list of tattoos that look real pick one that harmonizes with your taste and amuse those around you.

Hyper realistic tattoos that will surprise you was last modified: October 7th, 2013 by Community Writer | Community.Drprem.com