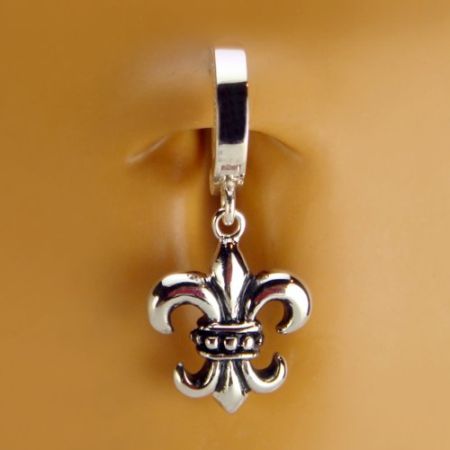 Gothic accessories: a dramatic voice of the youth

Goth is simply defined is a subculture originating from the Goth movement between 1979 and 1984. This phrase was coined by the band manager of Jovison and Anthony H Wilson and then the dogmas were followed by other archetypical bands like UK Decay, the Banshees and Bauhaus, Sisters of Mercy, Fields of the Nephilim and others. This subculture represents the voices arising against this stereotyped, trapped in the box of âto do and not to doâ society. They are free thinkers, who defy the moral rules of the society and lead life according to their own wish, rejecting the pragmatic vision of the world. Historically, Goths were Tutonic tribe that settled in Scythia in the first century AD. One branch of this tribe, the Visigoth, sacked Rome in 410. Goth, according to prescribed notions at present, is associated with Gothic architecture of the 12th and 16th century, starting the architectural style of stone buildings with long pillars, vaulted ceilings and pointed arches. In literature, this style of writing was followed in dark, eerie and gloomy tales. Usually, there were horror tales or tales based on the myths of vampire and dark arts.

In the present time, Goth styles have moved into music, fashion, art and lifestyle. Usually, this style is marked by dark color black, enabling the perception of âdarkâ and âgloomyâ. Due to this stereotyped vision, Goths are generally perceived as emotionally depressed, non-violent, passive and as the ones who place immense importance on emotions. But no matter what the perceptions tend to be, this term Goth itself, in due course of time, has been used to create a dramatic impact, whether it be the horror or vampire literature and movies, passionate loud on stage band performance, new trend of graphic novels or the daily used accessories.

Among the college going youth at parties, on road or at all the hubs, one can easily find at least one among the many, extenuating themselves with pentacle pendant, Gothic cross neck-piece, spider and web piercing, vampire rings, skull pendants, bracelets written âbite meâ on it, goblets, angels and devil pendants, coffin-shaped rings, heavily complicated cross brooches, earrings shaped like howling wolves, raven, thorns and many more designs inspired from the mythical Gothic imageries. These jewelries immediately dramatize the look making it mysterious, brooding yet graceful, funky and full of spunk. These Gothic accessories have turned to be a roar among the youth only for this added dramatic ingredient. Uni-sexual in nature, it appeals to any gender and are sure to produce a dramatic appeal. They are mainly made of sterling silver or bronze metal and are crafted to unique, dark side imagery, immediately setting it apart from other sophisticated accessories. The designs, in particular, and the mythical tales added to them, brings a vocal element to the accessories. They just not decorate you but they even speak out for you. They represent the non-conforming, rebellious attitude of the Goth. And they do it with style and sensibility. The essence of macabre and unnatural is again a dramatic impact.

Though these pieces might look really heavy but they are quite light and one might wear them accompanying any outfit, starting from a dress to a casual t-shirt and jeans. They go well with both and give ones look the touch of the edge. They might come plain or studded with some gem. They appear like chain mail or pieces of woven metal holding a huge piece or pieces of pendants carved out following the pagan or Celtic traditions. These jeweleries usually contain small compartments where one can keep some sort of tine or flimsy thing. This concept has been used in many Hollywood movies thereby making Gothic accessories very popular, as in the movie âCruel Intentionâ. This idea of hidden greatly adds to the dramatic effect of secrecy, making the wearer more mysterious and abstruse.

Now these Gothic designs are also moving into other kinds of accessories like belts, bags, cyber masks, hand mirrors, cufflinks, hair clips and watches. From the street shops to branded malls to online shopping stores, in all the places there has been an eventual increase in Gothic accessories, quite reflecting the marketâs demands. This increase probably runs parallel to the present generationâs mentality of speaking out. And in this act of theirsâ Gothic accessories act like the dramatic voice and even if one is not rebellious but puts on these accessories, they definitely act as a dramatic eye-catcher.

Where to get belly button jewelry for...

What are the best online websites to...

Where should I buy the authentic gauge...

How to change a belly button ring

How do I buy some jewelry from...

Which stone is known as the March...

How to Make a Fake Belly Button...

Where to get fake piercing done?

Are there some websites for designer collection...

Where can I buy earrings?

What kind of discounts does gold toe...

How can I incorporate the july birthstone...

Which online stores are the best for...

How do I stretch my ear using...

Which ear rings and gauges go with...

Where I can get wholesale body Jewelry...

How are Liz Palacio’s clip earrings?

Does the thought of organic plugs freak...

Where can one get gold body jewelry...

Are nose studs back in fashion?

Should I go for rings or bar...