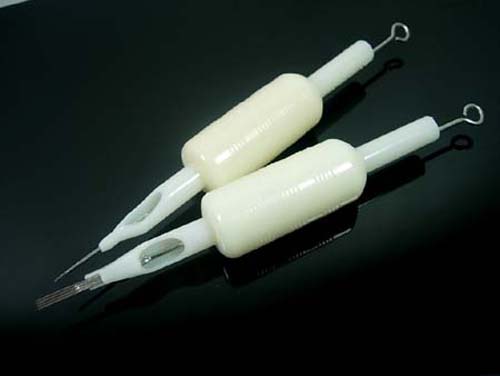 Body art calls for as many precautions as a standard medical procedure. The possibility of infection is in no way less here. If anything, it acquires even bigger dimensions due to the lack of standard precautionary measures. Use of disposable syringes and tubes is a must but this is a given. Infection spreads through other ways as well. These need to be taken care of. If not, infections can get the body art lovers hospitalized. It may even prove fatal.

There are cases that bear testimony to the lethal impact that lack of safety measures can have on the health of the unsuspecting people. Disposable syringes and tubes that are discarded off post use can only be a significant but minuscule part of the measures that are required as a whole. It is surprising that people who are wary of quacks when it comes to medicinal procedures are only too happy visiting a shabby little place to get themselves inked. Here, a person wearing gloves gets the right to pour indelible ink into the dermis of your skin without a hint of protest. People need to wake up to the dangers it poses. As the popularity of body art surges, it is imperative upon us that we ourselves become more aware. With this, we can also protect others from falling prey to activities that can have a concomitant undesirable effect.

Two instances of a lackadaisical attitude towards precautionary measures for body art lay bare the magnitude of the problem at hand. Around six years back, a case that was widely reported on the issue relates to four teenagers from Maryland. A visit to the tattooist got two of them hospitalized with MRSA infection. This kind of staphylococcus bacteria infection is more difficult to treat owing to the resistance to several antibiotics. Another instance, reported in the same year, of negligence is that of the death of a teenager due to blood poisoning after lip piercing. In both the cases, the people who were carrying out the procedure lacked any understanding of the universal precautions. The code of practice in such cases is relegated to oblivion. The danger of cross contamination during a procedure such as piercing or getting a tattoo done is quite high. Septicemia or blood poisoning is a real possibility. So is the possibility of people getting a bacterial infection or even Hepatitis C. Use of gloves by a tattooist or disposable syringes and tubes does not suffice. This has been demonstrated in the cases above in which these precautions were taken. There is more to it.

Body art procedures require conditions akin to that of a medical procedure given the likelihood of infection. Use of autoclave or a sterilizer is a must. This helps ward off infections as the instruments in use are sterilized. People need to be more aware in order to demand precautions from practitioners while undergoing such procedures. This is required in order to ensure that any infection does not occur due to blood or air borne disease causing microorganisms. The enthusiasm for body art need not wane, it is just the process that requires a complete overhaul for common good.