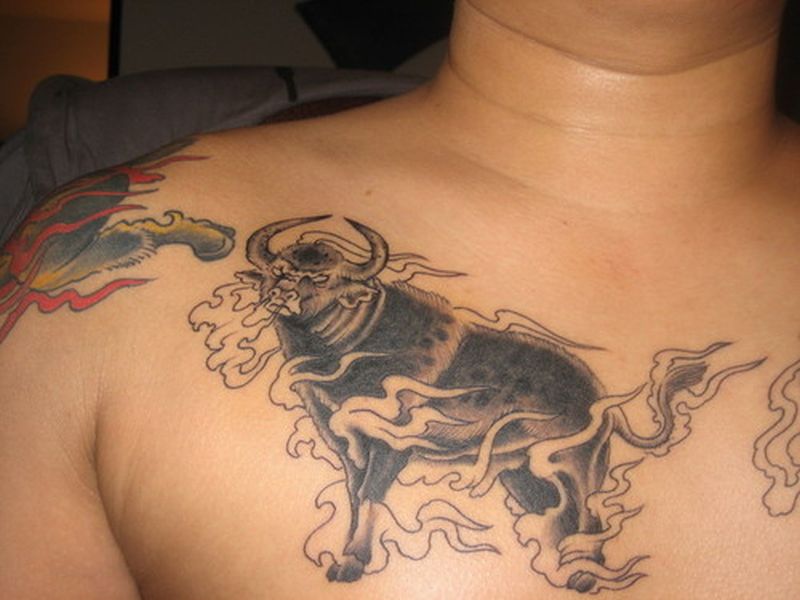 There are many animal inspired designs for getting tattooed on, and one of the famous is the bull tattoo. Different bull tattoos represent different character traits. For instance, the Tribal Bull tattoo signifies fertility and spirituality. Contrariwise, the Chinese Bull tattoo displays determination and stability. So, here are top 8 bull tattoos ideas along with the essence they deliver. 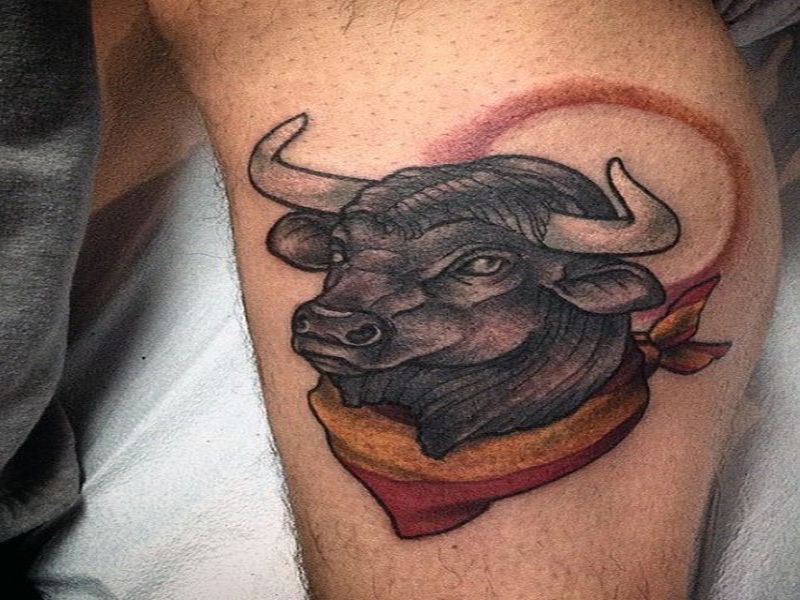 Image Source : nextluxury.com
Represents – Masculinity/Invincibility/Strong Will
An angry bull is fearsome, it’s apparent, so is the message conveyed by an angry/raging bull tattoo. Numerous cowboys around Americas, Australia, Spain, and Mexico can be seen with this particular type of bull tattoo. Such tattoos represent masculinity and a powerful will. It also is a clear sign of invincibility.

Blue Bull
Represents – Unity/Protection/Strength
The Blue bull tattoo exhibits protectiveness and the strength to take difficult decisions. These qualities coupled with its feminine look make it the best choice for women that are tough-yet-caring towards those they love. 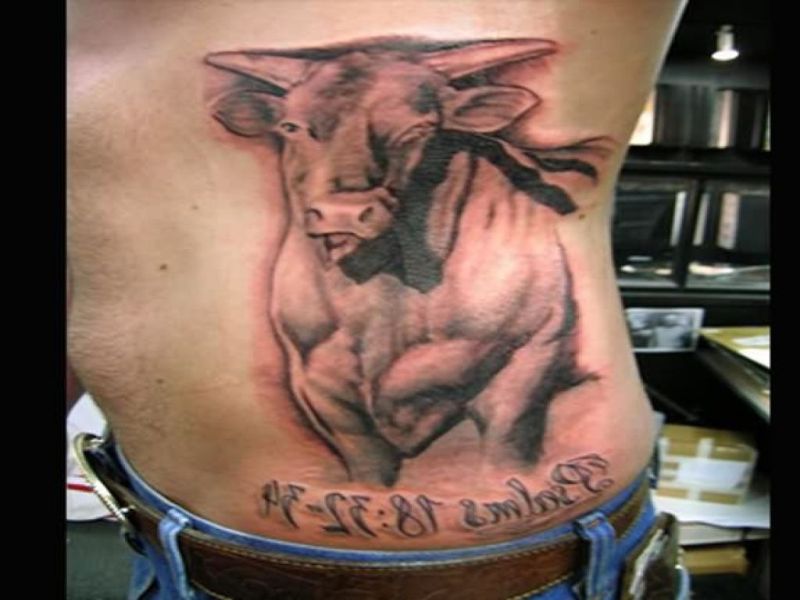 Image Source : i2.wp.com
Represents – Audacity/Vitality/Fearlessness
For people that love to live their life on the edge embracing dangerous challenges, a bull fighting tattoo is just right. This form of bull tattoo represents the courage to go to any extreme end to finish a challenge and emerge victorious.

Celtic Bull
Represents – Endurance/Abrasion/Loyalty
The Celtics were powerful and ruthless warriors feared by their adversaries. Likewise, the Celtic Bull tattoo represents endurance and abrasion. The tattoo also represents the loyalty of the bearer towards a cause.

Image Source : stylesatlife.com
Represents – Determination/Stability
One of the most attractive bull tattoos is the Chinese Bull. The tattoo is distinguished from other bull tattoos with the presence of a thick veil around the influential animal. Being one of the most texture rich tattoos, it represents determination and suffering through hard times only to arise stronger.

Rose Bull
Represents – Beauty/Charm/Power
Usually worn by women, the Rose Bull tattoo evidently represents the balance between masculinity and femininity. It is a representation of the concept of “Yin and Yang.” While the bull represents masculine traits like power and vigor, rose represents beauty and charm, the essential traits of femininity. 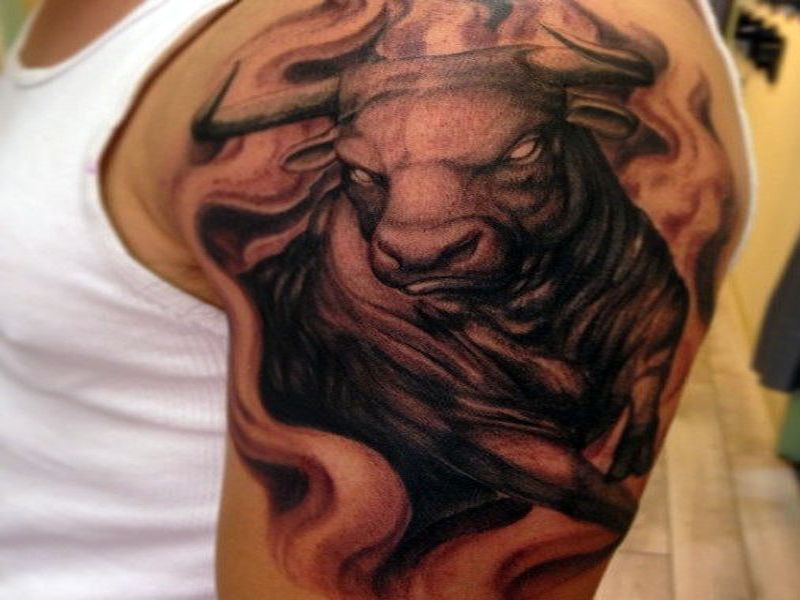 Image Source : nextluxury.com
Represents – Power/Spirit/Persistence
Taurus bull tattoos represent the basic traits of a Taurean i.e. power, high spirit and perseverance. The word Taurus is actually a Latin word that translates to bull. Several ancient cultures like Babylonian and Greeks laid an important emphasis on the Taurus constellation and its representation in their ethos.

So, which bull tattoo is the best-fit for you? Is it the powerful Raging Bull, the resilient Taurus or the charming Rose Bull

8 Bull Tattoo Designs with Meanings was last modified: May 24th, 2017 by DrPrem Jagyasi

Will a skull tattoo look the best...

Looking for a star tattoo. Is it...

What are the cool tattoos for men?