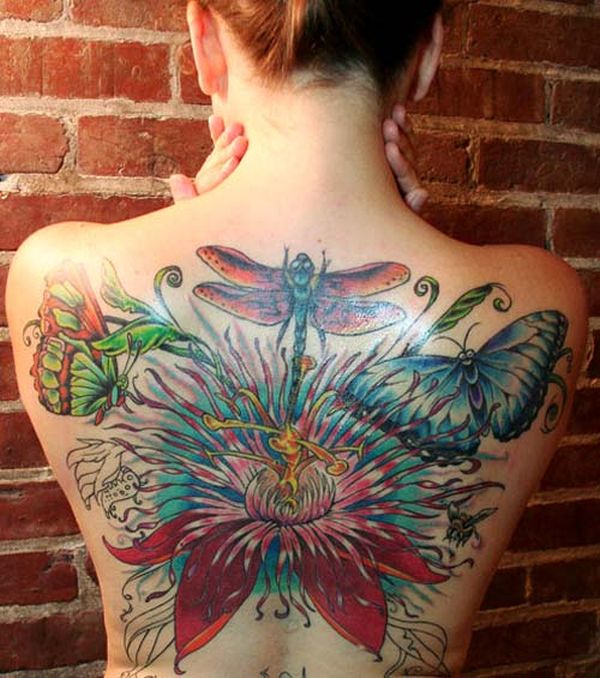 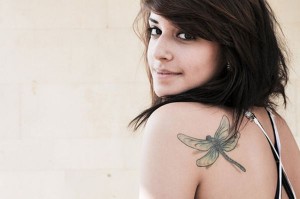 Ever since their inception in the late 90s’, dragon fly tattoos have become a rage with people who love to get their bodies inked. As subtle and yet pretty alternatives to the classic butterfly design tattoo, dragon fly tattoos come in a variety of creative designs and colors. Added to this is the various beautiful (and positive) meanings that they portray to everyone around them.

So if you are considering about getting a dragon fly tattoo in the near future, here are some pointers that would help reinforce your decision.

There is no dearth to one’s creativity when opting for a dragon fly tattoo. In sharp contrast to certain tattoos that would need to follow basic designs or those that look good only if done with select colors, dragon fly tattoos can come in a variety of designs, sizes, shapes and colors.

A dragon fly tattoo enjoys attention even if it a simple black carving or an elaborate design with a plethora of colors. You can splash any number of colors you want into your tattoo and still end up with an aesthetic masterpiece!

Deep Connection with the Fantasy World

Dragon flies have long been associated with creatures of the fantasy realm, including fairies, pixies, dragons and wizards. Look at the cartoon images of pixies and fairies and you would notice all of them sporting wings similar to that of a dragon fly’s. So what better way to show your fascination for the other world than by getting a beautiful and vivid dragon fly tattoo on your body? 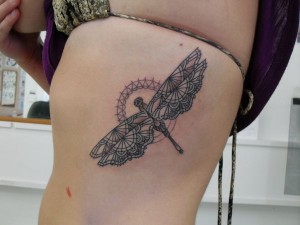 Dragon flies go through a long and painful life cycle process before seeing the world. From an egg laid in winter (called the nymph) to the adult fly that emerges out of the nymph almost three years later, the dragon fly goes through a sea of changes before it greets the world with its colorful beauty. And that is why people looking for a change or hoping to go through a change opt for dragon fly tattoos on a regular basis.

In sharp contrast to butterflies that fly erratically, dragonflies enjoy more maneuverability and can easily fly forwards and backwards in addition to hovering at a single point for long periods. This maneuverability enables the dragonfly to be free to choose its path and destination as and when it wants to. And it is this freedom that prompts certain individuals to get dragon fly tattoos.

Did you know that dragon flies existed even in the age of the dinosaurs? Although they are much smaller now, they still exhibit the qualities of strength and endurance in tough times (they actually outlived the dinosaurs). An individual who has been through tough times and has come out victorious (or hoping too) can get a dragon tattoo to express the same creatively.

Dragon fly tattoos are also considered as symbols of wisdom, spiritual awakenings, divine understandings, guidance, luck, success, peace, purity, fertility and innocence. Individuals wishing to express these qualities can do so with the help of dragon fly tattoos.

What makes Dragon Fly tattoos so popular was last modified: May 25th, 2013 by DrPrem Jagyasi

Where can one get a lily tattoo...

How do you feel about firefighter tattoos?