Devil tattoos have always had a prominent place in the world of tattoo designs. Some symbolize mischief and fun where as others show rebellion and in some cases an admirer of Satan. 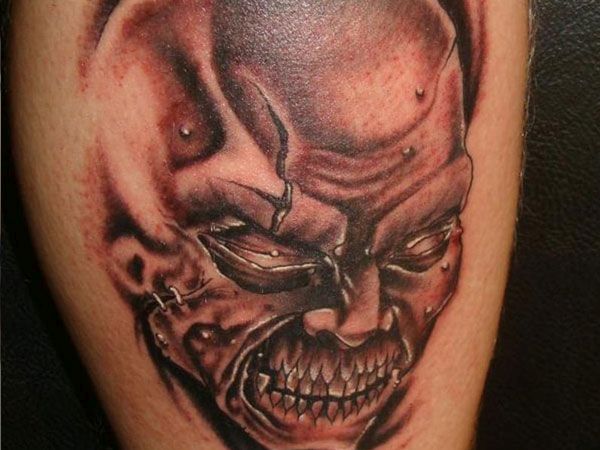 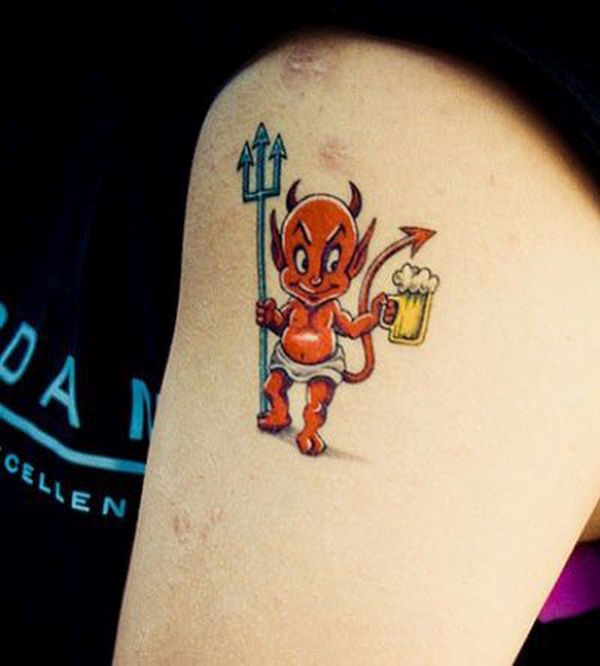 This one is the cutest in the list. In one hand, the cupid devil is holding a beer mug and in the other one, he holds a traditional trident. The horns and the pointed tail are in the correct position, the way we are used to seeing it. This fellow has cute expressions and a smile on the face. The devil in the tattoo symbolizes mischief and has nothing to do with the Satan.

Devil and the angel 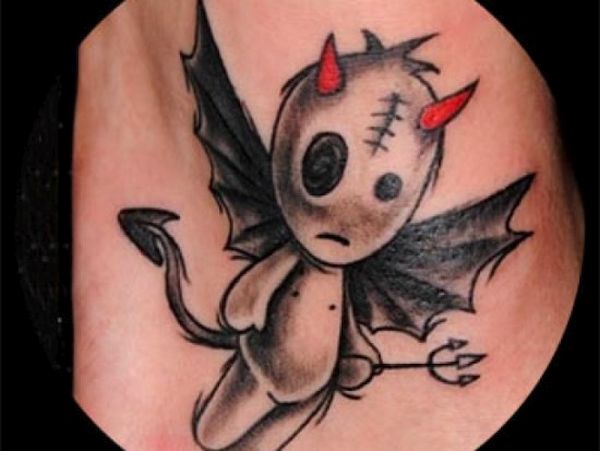 The fairy like wings of an Angel has been modified into the wings of a bat. The horns and the tail of the figure symbolize a devil and his cute face has the expressions of innocence. A character like this is again not the notorious devil but an innocent guy in the garb of a devil. Many times along with such figures, there are symbols of both devil and angel depicted. Especially the horns and halos, they reflect a balance between good and evil.

The devil with natural elements 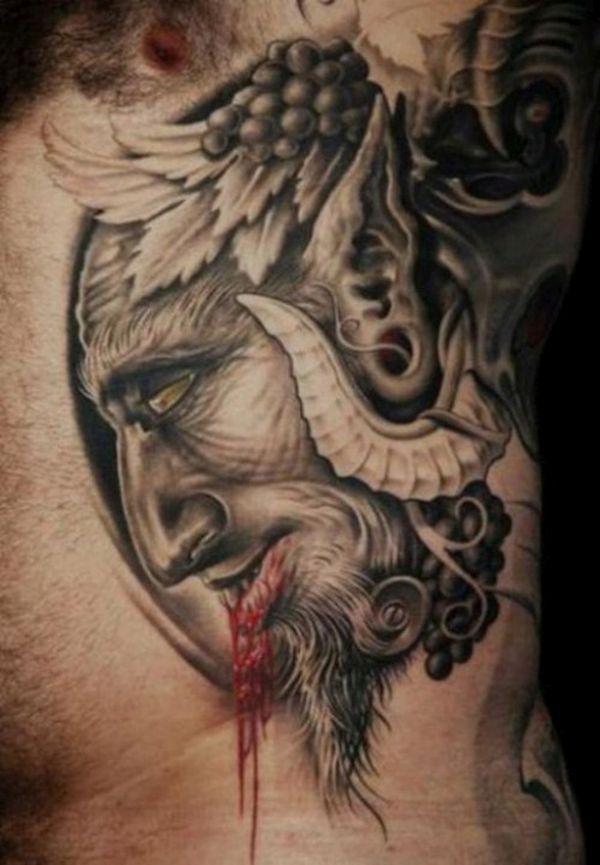 This tattoo of a devil is created out of natural elements, especially fruits, leaves, goat hooves and horns. The figure is an inspiration from the Pan god. The devil here has wicked eyes and blood drooling from his face. This devil is eye catching and appears to be an accomplice of the Satan.

This tattoo is a creative and beautiful artistic impression of a devil on a man’s chest. The tattoo is realistic and scary enough. The horns, the teeth, the red color and the eyes all have a dramatic effect on the onlookers. The person bearing the tattoo can reveal the devil ‘inside’ by unbuttoning his shirt.

Whether the tattoo depicts a follower of Satan or a rebellious person, they are enchanting depiction of art. Good or evil art has the ability to reveal the presence of whatever that exists.

The world of Devil tattoos was last modified: September 1st, 2015 by DrPrem Jagyasi

Where can I find free tattoo flash?