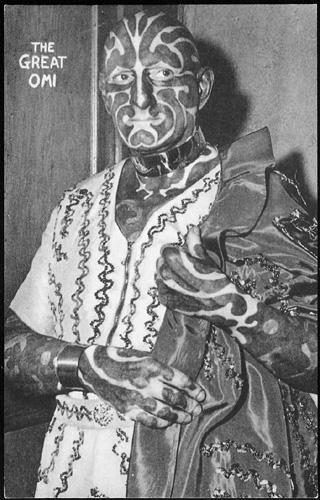 Skin art is too deep to dig and likewise its history too is unfathomable. And when we talk of full body transformation, the more we’ll dig the more zany the discoveries come out to be. It’s time to encounter the Great Omi, famous as ‘the Zebra Man’, the first walking tattoo encyclopedia.

Horace Ridler, amongst the first full-bodied tattooed person, tried his hands in the show business after serving the British Army during World War I and attracted everybody due to his freaky endeavors. But his life changed and dreams realized after he met London tattooist George Burchett, the king of tattooists. The wide black stripes inked on his body masking the old crude tattoos took 150 hours of grilling and several plastic surgeries. The 500 sittings cost the passionate over $3000 in 1920s. To quench his wild thirst he even pierced his body and added other decorations and stormed Robert Ripley’s York Believe-It-Or-Not.

Know more about The Zebra Man

In love with tattoos