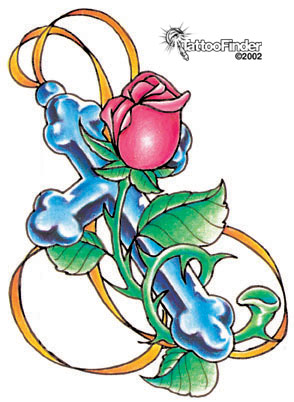 Tattoos have been an important fashion statement for not only modern men and women but even the ancients often sported a tattoo on their body. A beautiful mural at the Mexico Palacio Nacional in Mexico City shows how the Aztecs enjoyed this art. The Diego Rivera murals depict a Mexican woman, probably a prostitute, displaying her intricately tattooed leg to attract potential customers. A warrior offers her a human arm for her services.

It is believed that Diego Rivera modeled the woman after his wife Frida Kahlo.

Rocket tattoo: a journey from earth to...

Fish Splash For Your Skin In Shape...

iGoogle and Windows XP Tattoo: Are you...