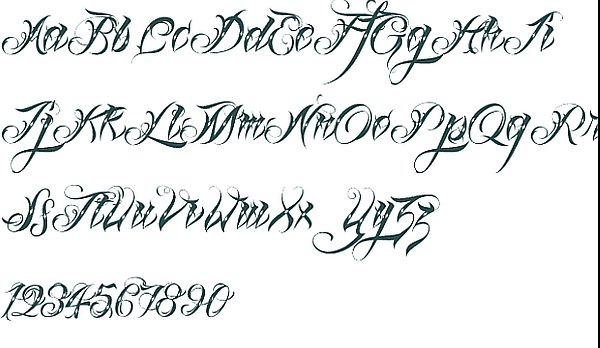 An extensive research about various designs, types and shapes of tattoos is something obvious that you all do before actually getting a piece of tattoo art done on your body. You and your friends, you meet tattoo artists and the most basic and easy thing that you do is to search on internet. In this search of yours, you will find mind boggling tattoo types, some too good, some not so good, and some are pathetic. Such tattoos are the ones, which can make your body ugly. To save you from such tattoo disasters, we have brought a list of some ultimate script tattoo fonts that have unmatched charm and charisma. 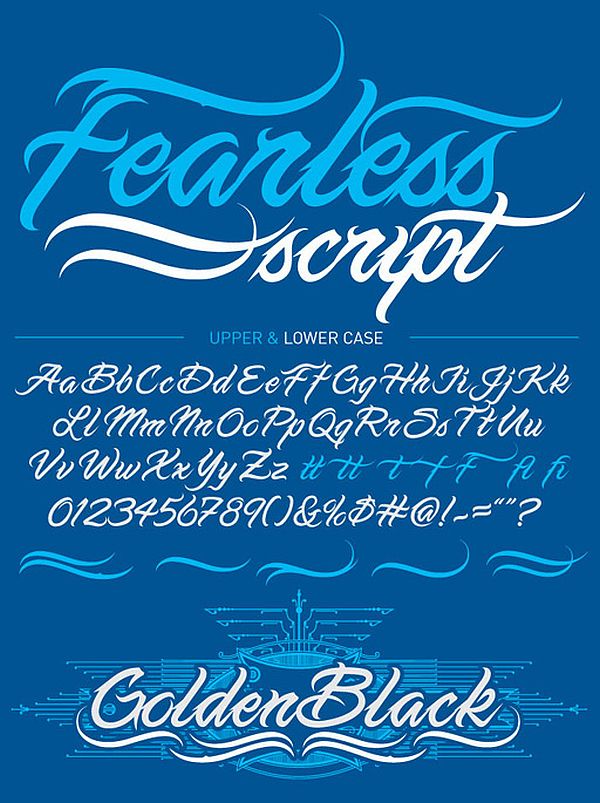 Chris Park is the creator of this fearless tattoo font. He is renowned as a producer of kick-ass rock illustrations under the mark of Pale Horse Designs. His awesome Death Goddess artwork is really famous. About the font, Chris says, the font has got the inspiration from tattoo lettering and ancient signage. It includes numerals, alternates, upper and lowercase characters, most punctuation, and vector swashes. Fearless Script is an OpenType font and costs $25. 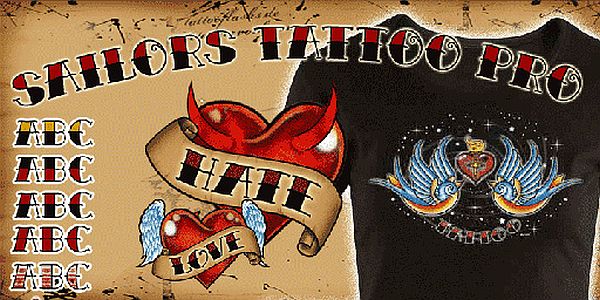 You can get a sailor style tattoo done from any tattoo artist, however, the class that the Sailors Tattoo Pro has, nobody else can offer you the same. This typeface is created by Otto Maurer, it has five main weights and six elements that can be combined to create type with a black outline and colored fills. You pick up the base weight, be it pure line work or half-filled, then choose the element to fill in the line work with the colors and gradient of your choice. Sailors Tattoo Pro is an OpenType font and costs £60.99. 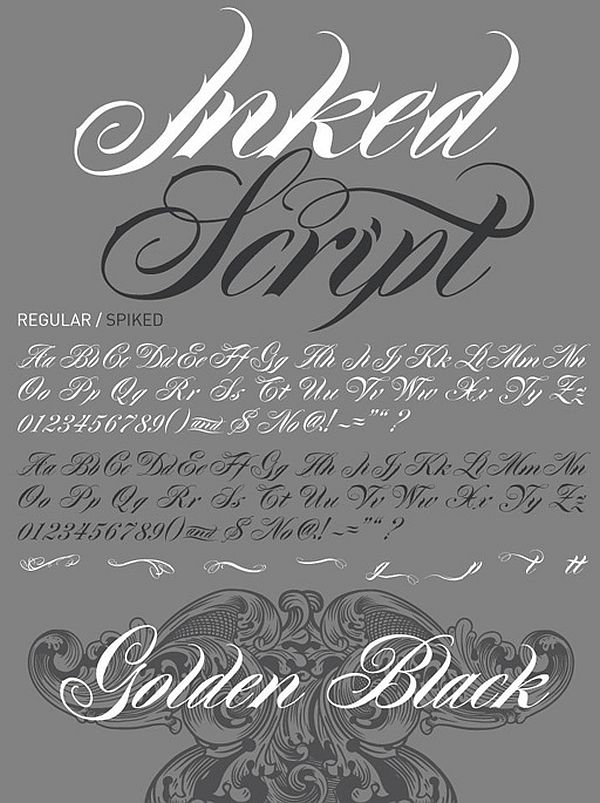 This is another tattoo font created by Chris Park. Unlike the fearless script by Chris, Inked script is lighter and more of a script. This also has upper and lowercase letters, punctuation marks, numerals, alternatives and vectors like the Fearless script.

Inked Script is an OpenType font and costs $25.

Do you have a fetish for big Gothic-style lettering? If yes, then probably this tattoo styling is perfect for you. The contrast between the thick and thin strokes of this type gives it an astounding Gothicness. This style gives that heavy metal feel to even a single word tattoo. Fette Fraktur is an OpenType font and costs £30.

A tattoo can make or break your personality, as in a good tattoo art beautifies you and a bad one can worsen your beauty. Do not forget to choose the best font for that tattoo art on your body.

Script tattoo fonts that you can flaunt was last modified: June 25th, 2014 by DrPrem Jagyasi