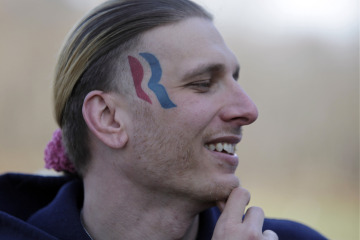 During “The United States presidential election of 2012” Paul Ryan stood against Mitt Romney for the presidential post, both belonged to the Republican Party.

During this United States presidential election 2012 a northern Indiana man – Mr. Eric Hartsburg from the City of Michigan got into the news for getting a Red-And-Blue “R” campaign tattoo beside his right eye. According to him some supporter of The Republican Party paid him $ 15000 for getting the 5-by-2-inch Romney-Ryan political Tattoo and asked him to keep it at least till the elections is not over. However, after the elections are over he wants to get the tattoo removed. 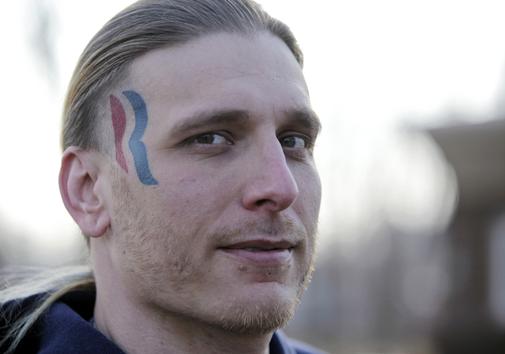 Why He Decided to Remove the Tattoo?

Eric Hartsburg told Politico that he took the decision after he heard about Mitt Romney’s post election antics and felt ashamed when Mitt Romney claimed that President Barrack Obama bought the votes and paid the voters to win the elections. In an interview with Huff Post Live he also said that he felt insulted when no campaign staffer contacted him in spite of him being a part of the Romney- Ryan campaign directly or indirectly. However, if anyone of Mitt Romney and Paul Ryan would have contacted him through even phone or e-mail he would have never thought of removing the tattoo. He also informed the press that next year he would be running for the Mayor post of Michigan City.

As per some sourced Dr. TATTOFF sent him a proposal to get the tattoo removed free of cost. Initially, Hartsburg refused the proposal. However, now the removal fees of about $ 1000 will be paid off by Dr. TATTOFF. 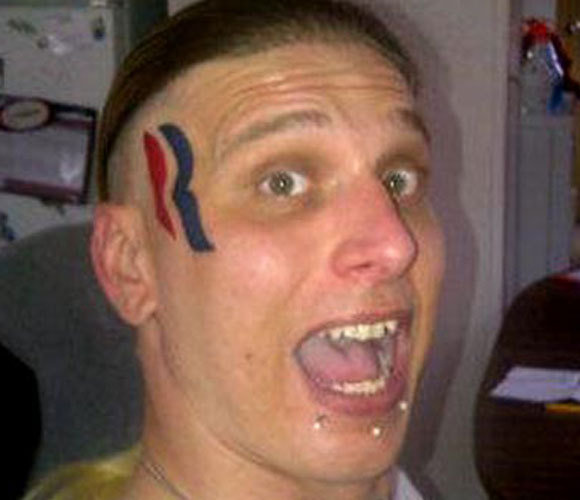 Now, Eric Hartsburg will fly to Los Angeles to get consultation for the tattoo removal from Mr. Kirby and the removal process may take up to a year as it is very difficult to remove the blue color. As per Kirby to remove the tattoo about 10 sessions would be needed and after every session at least 8 weeks are required for the skin to heal. Also the removal is very painful. So, Kirby has given a free advice to everyone to get tattoos in black color as it is easy to remove the same.

After all the insult, pain and feeling ashamed, Eric Hartsburg admits that after the removal is over he will once again keep the place for sale but will be very careful in choosing the candidate the next time.