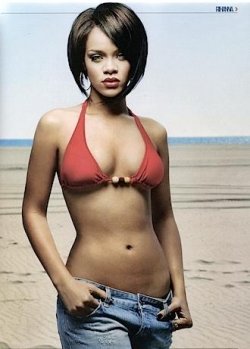 Rihanna does need a formal introduction as almost everyone has heard of this very talented artist. Rihanna who happens to be a Barbadian recording artist as well as an actress has gained a lot of fan following at quite a young age. She is indeed a very talented singer and she has not one but many prestigious awards in her kitty. Almost every single sung by her tops the charts and becomes a sensation as soon as it is released. Other than her singing and acting talent Rihanna has also been in the news for her great dressing style as she is among the most well dressed stars that we know of. Along with her love for music Rihanna is also well known for her love for tattoos and she has many tattoos inked at various spots on her body. 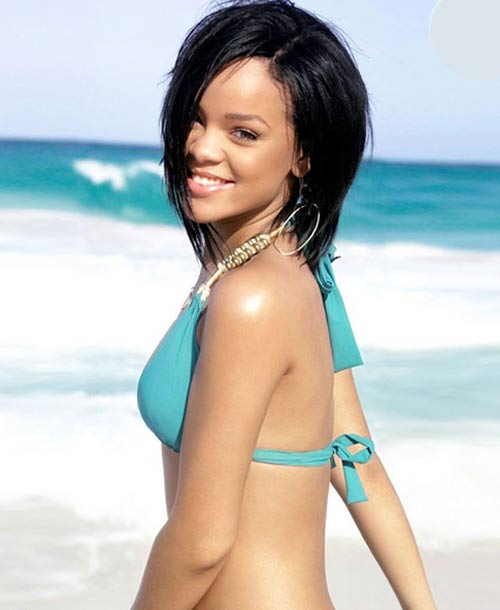 This singing sensation has around twenty tattoos which are inked on different parts of her body such as hip, leg, shoulder, fingers and also inside her ears. The reason that Rihanna has so many tattoos is that she is a big fan of them and likes to get one every now and then. Each and every tattoo on her body has a specific meaning and some of them are also related and inspired by the almighty. Rihanna said that her tattoos all have spiritual meaning and significance and they bring her closer to the higher power.

For instance recently she got a tattoo of an Egyptian goddess which she dedicated to her late grandmother who died in July due to cancer. Other than that this talented singer also possesses a tattoo of an Egyptian falcon which is said to be connected with god. According to Rihanna her tattoos are her way to express her spirituality and every tattoo that she gets has a special meaning. Not many people get tattoos on or inside their ears but Rihanna got herself a star tattoo on her left year which definitely makes her stand out of the crowd. Apart from the three tattoos we discussed Rihanna also has tattoo of music notes on the ankle and a prayer in Sanskrit language inked on her hip. A Pisces sign can be seen behind her right ear she has ‘love’ written on her finger. Rihanna sure adores tattoos and that is why she has tattoo almost on her entire body and some of them as she says are god’s inspiration.