Home Off Beat Oliver, the tattoo-genius on the Guinness trip 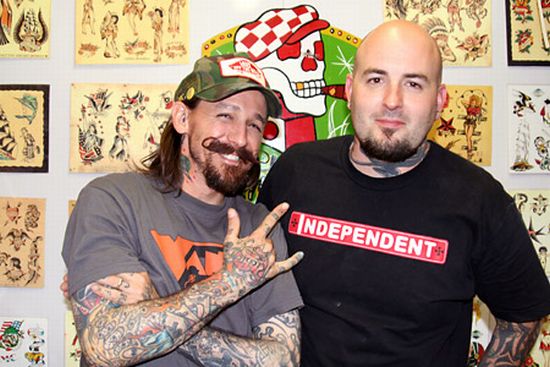 The famed tattoo designer Oliver Peck seems to be at his personal best! He is raging up the Guinness Book charts with his recently made record. He presently holds the record for drawing the most number of tattoos in a day (24 hours). You know what he did? He went non stop from Thursday midnight (12th June) to Friday midnight (13th June) drawing as many as 415 â13â tattoos. Peck who seems to be obsessed with the allegedly unlucky number luckily accomplished his mission on Saturday as he was awarded the honor by Guinness adjudicator Danny Girton Jr., courtesy, The Dallas Morning News website ebating the former record holder Katherine von Drachenberg.

We wish Oliver a warm congratulation on this event, but I wonder is he not getting â13â hallucinations after all that hype and hoopla? I hope he doesnât!

Oliver, the tattoo-genius on the Guinness trip was last modified: July 31st, 2012 by Community Writer | Community.Drprem.com