Home Off Beat Metcalfe tattoos himself to win back Coyle! 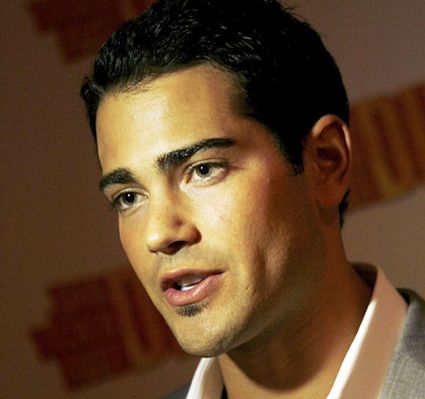 Can you imagine a guy getting himself tattooed just to remember his heartache over a break-up with his girlfriend? Yes, this is true! Girls Aloud singer, Nadine Coyle broke up with Desperate Housewives hunk Jesse Metcalfe last April. But seems Metcalfe has not been able to forget his girlfriend and has recently been trying to win her back.

He is showing off his tattoo, which he scribbled on his upper arm- holding a bloody heart in the shape of her native Ireland- and is done in honor of his (on/off) girlfriend.

Displaying the tattoo on US TV, Metcalfe said:

It’s not that I’m not over the break-up, it’s just that I really wanted to remember what it felt like to be in that relationship so that I never really go there again. I went through a hard break-up.

Every tattoo is a memory. It doesn’t mean you are staying in that moment or obsessing about it. I chose to get that tattoo, especially with the heart on the arm, because I chose to wear my heart on my sleeve.

Let’s hope Metcalfe has the number of a good plastic surgeon who can remove that catastrophe of a tattoo. God knows what Metcalfe is trying to prove anyways I wish him good luck!

Metcalfe tattoos himself to win back Coyle! was last modified: July 31st, 2012 by Community Writer | Community.Drprem.com

New Law: Doctors must be present in...

Squaddies wear a commemorative tattoo as a...