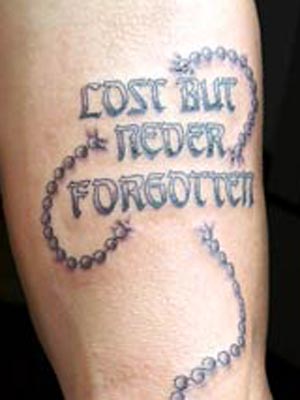 Tattoos are a way of expressing for some people. It’s a lot of pains, bruised veins, scarred skins and a lot more unhygienic. But, this is a canvas where some people choose to express themselves. In the Pasadena City College Art Gallery exhibition in Pasadena, tattoos with the theme of Iraq war and lost friends found an audience. The tattoos were elaborate and thought provoking. Only a small percentage of such tattoos were on view in this exhibition, but it was clear that the marines had heartfelt grief over their lost friends in Iraq. It’s hard to imagine how many tattoos were engraved on the backs or chests of marines in the twenty nine palms.

Artist Mary Beth Heffernan spent 3 months photographing the tattoos at twenty nine palms and she spoke to marines that came in for the tattoos. At the exhibition, 10 of her best photographs were exhibited. Mary was very moved at the tales she heard from the marines. Mary’s work reproduced through the lens, showed the tales of the people who were involved in the gruesome Iraqi war. She hoped that her photographs could ignite a debate on the situation.

Get ready for live tattoo shows in...

Pac-Man Tattoo On Will’s Back