Home Off Beat Intellectual ‘Contemplating the Skeletal Self’ tattoo 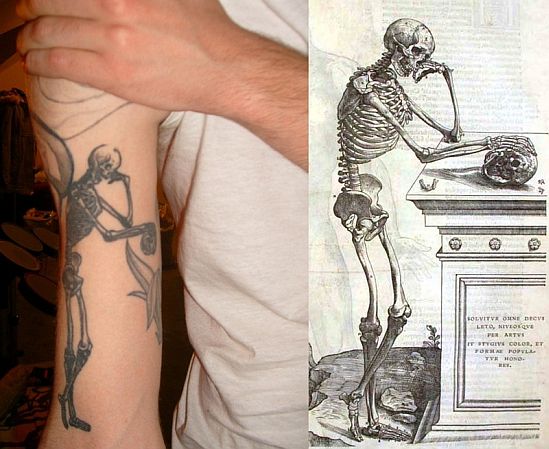 Based on an artwork by Vesalius, the founder of modern anatomy, featured in Carl Sagan’s The Dragons of Eden, âContemplating the Skeletal Selfâ tattoo is a really geeky and intellectual take on the entire rebellious streak on which body art such as tattoos are based. The image itself denotes a medieval curiosity in which man finds himself struggling with the science and the religious philosophy behind his existence. The self-awareness reflected into this image is almost next to the Original Sin and thatâs what makes this science tattoo so intriguing.

Vietnam not yet ready for Tattoos