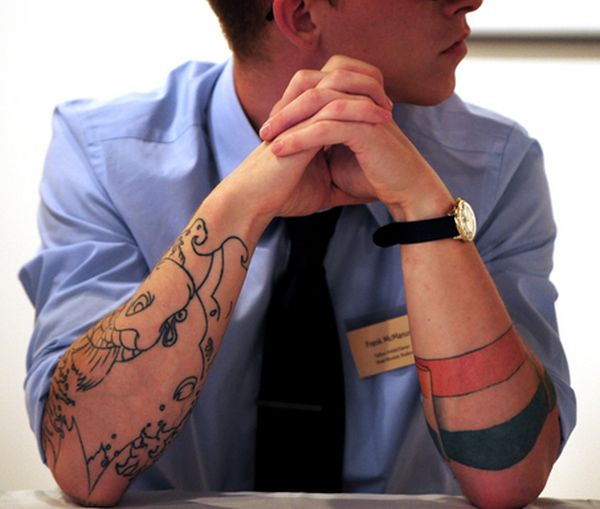 Injecting ink into the workplace with tattoo discrimination

Tattoos are no longer considered odd by people and they have emerged as a creative way to express views. There was a time when tattoos were not considered a symbol for the civilized society but now that the people have become open minded they have come to accept the meaning and significance of tattoos. You will tattoos are becoming the favorite of common and famous people. Many celebrities get inked for different reasons like for a social cause or for expressing their love for someone. However there are some professions that still discriminate between the people with and without tattoos. 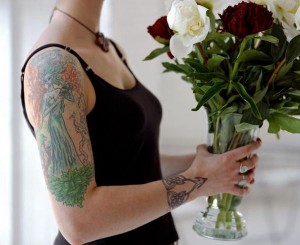 Tattoos do not work for many professions

‘Lucky Lauren’ happens to be a tattoo artist and almost her entire body is covered in tattoos. She said that there are still some negative stereotypes in the society who treat tattoos in way that is not right. Thanks to such stereotypes that there is still tattoo discrimination alive in some workplaces. Lucky Lauren works in Wollongong and when you notice her arms you will see beautiful floral pattern tattoos on them. This talented tattoo artist talked about tattoo discrimination because she has to face such clients in her day to day dealing with them.

Her profession makes her witness many people who face workplace tattoo discrimination which is beyond her understanding. She has her clients come back for removing their tattoos as they have plans to enter different professions and do not want to face tattoo discrimination. The only option they see open is to remove their tattoos. Being tattooed does not change anything but some people just fail to understand this simple fact. The tattoo artist added that before she became a tattoo artist she did not have many tattoos but now that she has loads of them does not stop her from expressing her view in front of anybody.

Tattoos never come in the way of professionalism if the person involved is able to carry himself in a professional way in spite of being inked. So why it is that a tattoo prevents someone from getting a desired job? Some people believe that tattoos are no reason for treating any person differently but there are some people who beg to differ on the same topic. Tattoos are a mode of expression and they should not be used for discrimination in the workplace.

Injecting ink into the workplace with tattoo discrimination was last modified: October 7th, 2013 by DrPrem Jagyasi