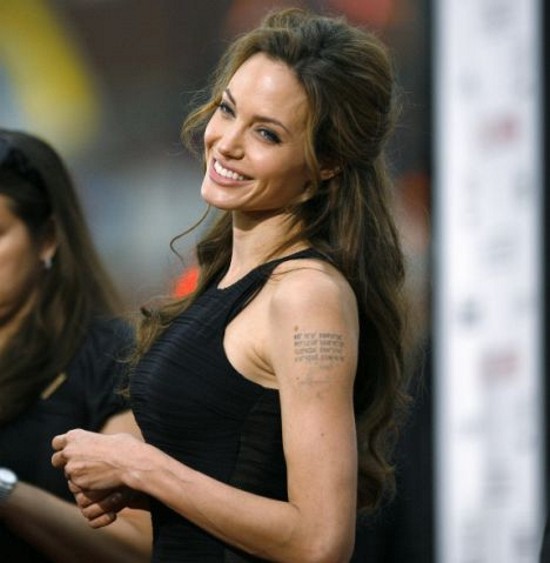 A teenage Angelina Jolie might be involved in serious doping and drugs but the current one, is a socially aware and responsible citizen. We all know that the famous Brangelina couple have adopted children from different parts of the world and the actress is due with her twins with Brad Pitt very soon. But, right now she is famous for her extensive body art, a list of tattoos she already have on her assets! The tattoos in news are the ones Angelina has got done for her upcoming film, Wanted. She claims, they are inspired by Late Sir Winston Churchillâs firing speeches made at the time of World War II. Angelina told the US television,

We tried to focus the tattoos on themes that would be related to this sense of justice. From Churchillâs speech, âWe have nothing to offer but blood, toil, tears and sweat,â I had âToilâ and âTearsâ.

It would be a treat to watch Jolie as Madam Fox, a trained sexy killer, with all her tattoos exposed, in her upcoming film.