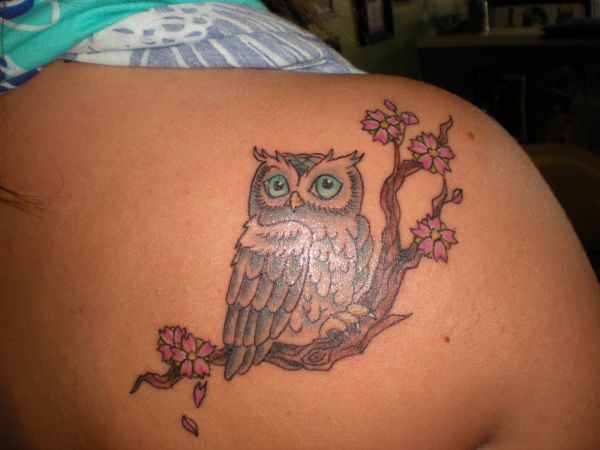 All you need to know about Owl tattoo designs

Getting owl tattoos has become very popular nowadays. You can easily infer the reason behind its popularity if you look at it closely. Owls have large forward facing eyes, obtrusive ears and many other distinctive features that make it highly detailed and visually striking. Besides its appearance, owls also have many other characteristics that greatly appeals to many people. This nocturnal creature has a solitary nature and is also a very clever hunter. Their innate agility and their ability to fly around without making even a faint noise not only make them a dangerous, aerial predator, but also exhibit their wisdom and grace. Therefore, in many cultures, they have a spiritual significance.

An owl tattoo can signify various meanings as it depicts different symbols in different cultures. In the past, this nocturnal creature was viewed as a symbol of wisdom and bad omens. So depending on the wearer’s point of view, it can portray different stories. Moreover, an owl tattoo can also be used to create awareness toward the fact that this species is quite rare and endangered now. 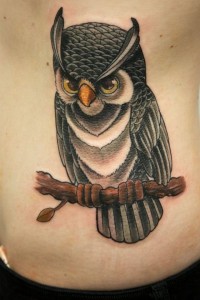 In ancient Greece, owls were always associated with great wisdom and energy because of their ability to see in the dark, well-adapted large eyes, clever hunting skills and extremely acute hearing ability. On the other hand, the other parts of Europe considered this bird as a symbol of ill-omen. The Romans called it a funeral bird and believed that their hoot foretells death and destruction. However, in France, the eared owls were seen as good signs and the earless owls were associated with bad luck. Moreover, the Native Americans still believe that owls are evil and often associate this bird with dark powers.

Owl tattoos and its types

This traditional owl tattoo depicts your willingness to gain knowledge and wisdom. 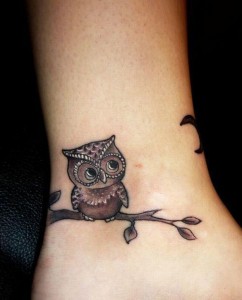 It is regarded as feminine and is a popular choice among many girls.

This design is easily recognizable and is drawn with many details. 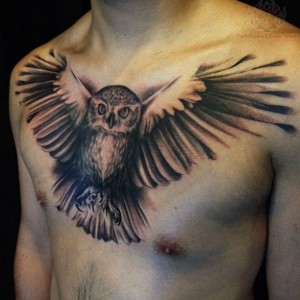 All you need to know about Owl tattoo designs was last modified: October 7th, 2013 by DrPrem Jagyasi