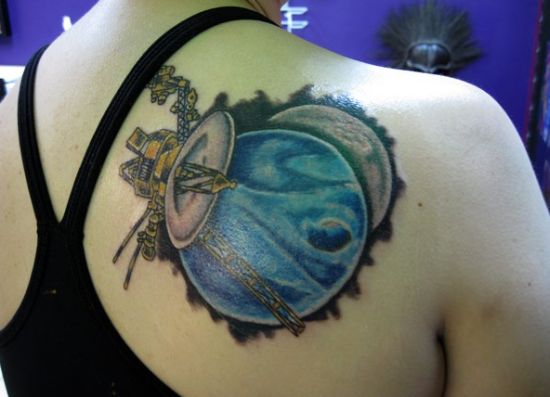 Any guesses as to what the tattoo pictured here depict? Iâm sure those interested in astronomy and physics are ready with their answer. Yups, itâs a tattoo of the Voyager 2, launched on August 20th, 1977 that became one of the most productive space probes ever, with visits to four planets and their moons, including Uranus and Neptune. Created by Matt Dunlap of All or Nothing Tattoo , this tat is the inspiration by the flyby of Neptune and its moon Triton.