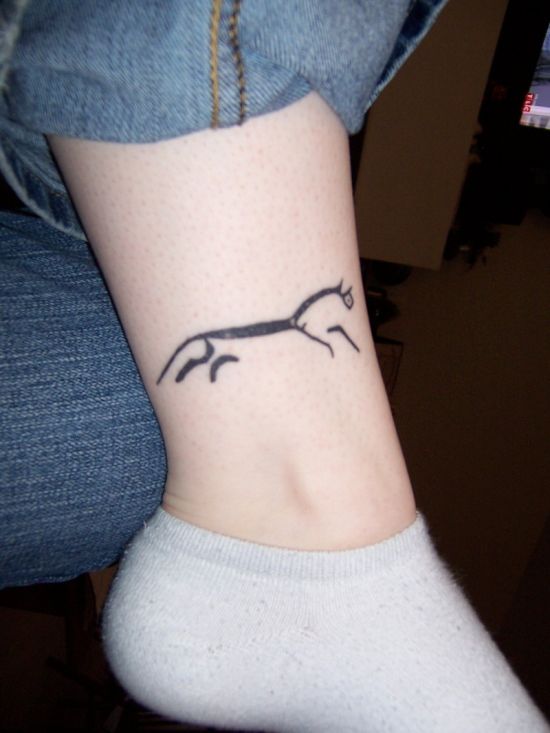 Nope, this tattoo doesnât define simplicity as the meaning it portrays but it defines simplicity of the individual who gets it inscribed, meaning it is for the more pragmatic individuals. Apart from adorning simple individuals this shape does have an iconic significance too. It actually is the shape of an Uffington White Horse which is believed to be one of the oldest dragons hailing from the bronze era whereas a few believe it to be a horse older than the dragons. It isnât entirely mythical for there is a similar earthwork carved into the English country side which is said to be around three thousand year old.