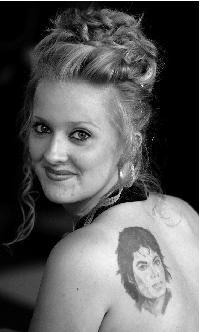 According, to a survey conducted by a research team from the universities of Leipzig and Frankfurt concluded that people who got themselves inked tend to hunt for new adventures or even risky behavior with more regularity than others.

The study gathered data from 2000 German citizens aged 14 to 93. About 8.5 per cent of respondents had tattooed, while about 7 per cent had a piercing of some kind.

Research also showed that people who tattooed or pierced themselves are more likely to be unemployed or atheist.

I think the ones who get themselves inked are really a strong and courageous people, as they can bear the pain they under go for this process.

The Hello Kitty Tattoo- Cute As Ever!