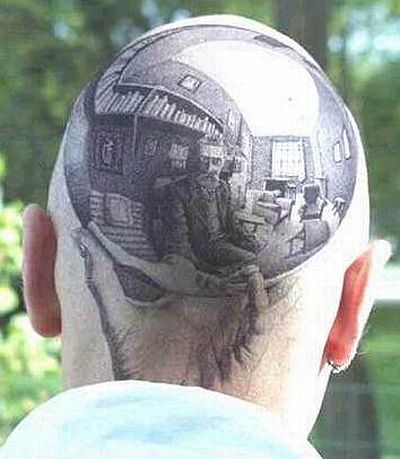 The tattoo appears as the glass ball, which revealed the future in our fairytales. The ball shows a man in a house behind whom there is furniture and books in the cupboard. Ball is held by hand on its fingertips. The hand of the man in the ball and the hand that holds the ball seem to be touching each other.

If viewed from far the tattoo appears like a Taqiyah (white Islamic cap), though in black.

The Vienna Tattoo Convention is back