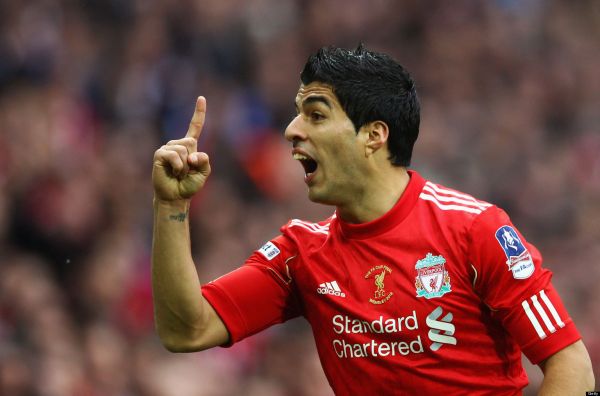 SUAREZ TATTOO AN ODE TO THE BITTER FROM A FAN

Uruguay’s striker Suarez had a star aura. He never gave a chance to label his country Uruguay as the ‘underdogs’. The formidable Liverpool striker was the highest scorer in the last season in the English premiere League and voted player of the year by both players and journalists.  In 2014 Brazil World Cup He was dribbling his nation through a throng of opponents with great talent. But all hell broke loose when in their group D game, Uruguay’s striker Suarez’s bit on the shoulder of Italy defender Giorgio Chiellini, in a fit of frenzy. It spread on social media, TV, magazines newspapers like wildfire. 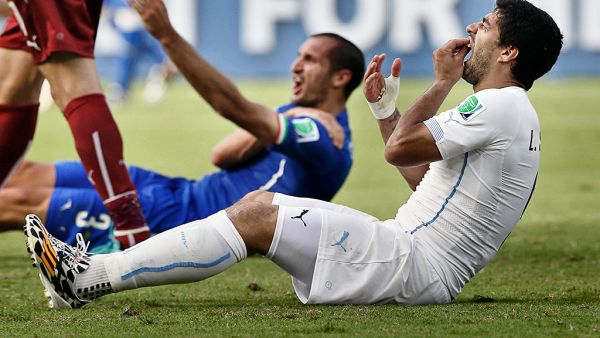 All is fair in…

World Cup 2014 Brazil has ensured riots of fun and melodrama to the soccer fans world wide. The penalties, the great leap of Van Parsie to head a goal, show of muscles even of the small teams, the notorious Pepe-Muller moment. But the Suarez case was classic. Fifa banned Suarez from allowing on the football pitch for four months. Which was at first dubbed by the Referee’s naked eye as a presumably accidental bite, and invited no penalty, finally induced an exemplary punishment for the 27 year old soccer star. But Suarez was all smiles and no remorse waving to his supporters in Montevideo when he bid adieu to World Cup 2014.

Football is a game of raw passion and pride. Players who cannot cope with the stress display weird unsporting behavior on the field. Suarez is not first timer. He has been considered a serial offender. A handball on the line in 2010. Biting Otman Bakkal in a league match, again, biting the arm of Chelsea defender Ivanovic in 2013, now he is a branded teeth-digger.  A fresh funny meme on facebook said, “Who is the bravest person on earth? The answer: Suarez’s Dentist.” We all had our share of laughter about the incident while a fan just decided to get ahead and get inked!

The incident of nibbling offence encouraged a fan to coin up a crazy idea of seeking a tattoo of Suarez as the deadly Hannibal Lecter. The fan flaunted on the Tweeter his newly printed tattoo of Luis Suarez wearing the scary Hannibal Lecter brace. Now, who is Hanniabl Lecter? In the 90’s the psychological thriller ‘Silence of the Lambs’ raised hair of many with the ghastly character of Hannibal Lecter, the flesh eater. The fan just jumbled the fictional character with the real one on soccer pitch and got inked! A wee bit upsetting to see the leading light of a nation mocked up in a tattoo. But sinking teeth is not the way to play the game!

SUMMARY: Fan tattooes the bizarre bite of Luiz Suarez of in 2014 world cup. Straight from the soccer field on the supporter’s skin.

SUAREZ TATTOO AN ODE TO THE BITTER FROM A FAN was last modified: August 25th, 2014 by DrPrem Jagyasi