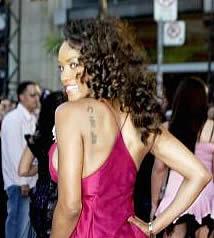 Words are the building blocks of your life. They can change the whole track you follow and can mould you into a completely different person. And this is what happened with actress Vivica Fox, who was in depression after her split with her short-term lover 50 CENT. The only thing that soothed her broken heart was listening to the song, Strength, Courage and Wisdom by soul star INDIA.ARIE.

The song had such a magical effect on the actress that she decided to get these words marked permanently on her body as tattoos.

A real promising bid to escape from such emotional pains again in future. Read More>>