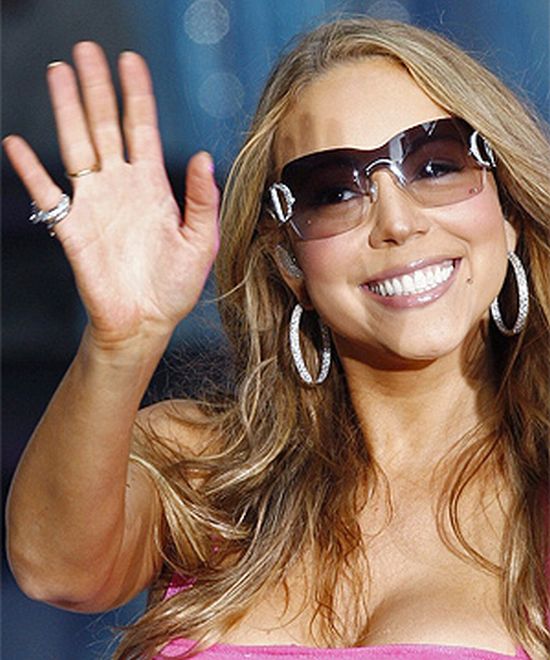 Mariah and her new hubby get matching tattoos to celebrate wedlock

Pop diva Mariah Carey has affirmed rumors that she has in fact tied the knot with rapper Nick Cannon on April 30. The couple who secretly got married in a sunset ceremony at Careyâs private estate in the Bahamas, have had a whirlwind courtship which began after the two first met during the video shoot for Mariah latest single Bye Bye a mere six weeks ago.

Though the nuptials seem kinda early, Mariah maintains that she has never been happier. In an interview to People Magazine Mariah voiced her sentiments for her new hubby:

We really do feel we are soul mates. I never felt a love like this was on the cards for me.

The newly-weds also got matching tattoos to mark their wedding which I frankly think was a terrible idea, since we all know exactly the kind of shelf life such hurried celebrity weddings tend to have.

Word is that the 38-year old singer got her married name (Mrs. Cannon) tattooed to her neck long before the ceremony, so we can pretty much say that couple could have planned their wedding a few days after they first met. We donât have any idea how the 27-year old actor matched his own tattoo to his wifeâs (Mr. Carey?) just as yet.

Anyhow, we can only wish Mariah and Nick the best of luck and hope and pray that they can ‘maintain’ this burst of love for a long, long time to come.

Mariah and her new hubby get matching tattoos to celebrate wedlock was last modified: July 31st, 2012 by Community Writer | Community.Drprem.com