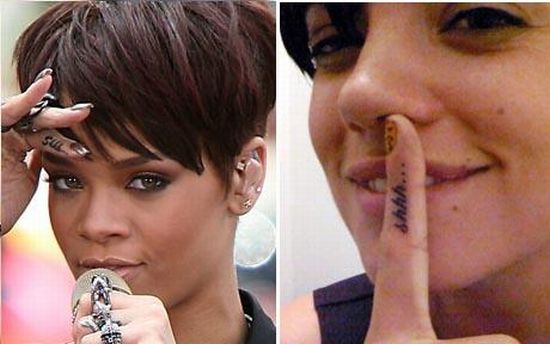 Setting a new trend with finger tattoos, hereâs yet another celebrity with tat on her finger! Following in the footsteps of Rihanna, who has previously been pictured with the word âLoveâ on her finger and the word âShhhh…..â along her index finger, now Lilly Allen, the Smile singer has got her finger inked with the word âShhh….âAsked for an explanation for the adornment Miss Allen was silent and didnât even reveal whether it is real or fake. She simply writes: âNew tatt, Shhh…..â

iGoogle and Windows XP Tattoo: Are you...

Rocket tattoo: a journey from earth to...