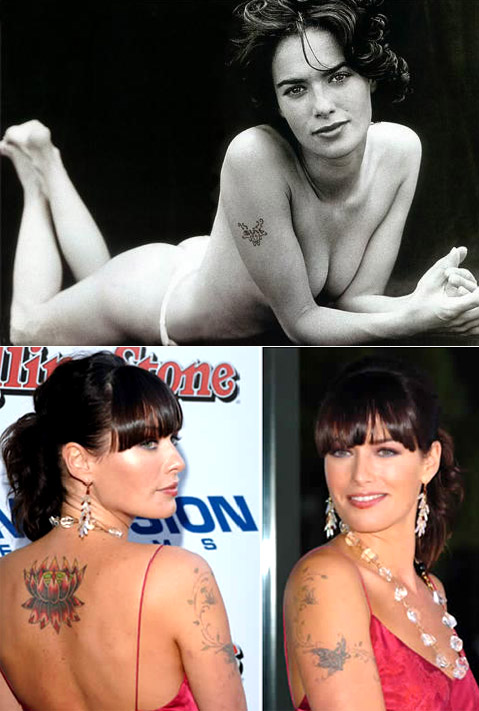 Known for her sizzling and substantial performances in movies like appeared in Possession, Gossip, Onegin, The Remains of the Day, Lena Headey has been recently chosen to Sarah Connor in the upcoming TV series The Sarah Connor Chronicles. Well, except for her movies she is also known for her tattoos, which keep on changing. Married to Pete Paul, she has several tattoos including one on her right upper arm saying ‘Jason’ in Thai. She even supports a star on the inside of each of her lower arms, a large lotus flower on her upper back and a tribal piece on her lower back. She even has beautiful butterflies on her arm and here are the snapshots for you to take a look. Isn’t that cool! Be stylish!