Home Off Beat Katie and Posh’s friendship on the rocks! 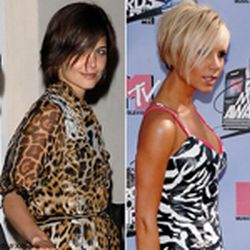 The damsel who has been for long called a âPosh copycatâ is finally trying to break away from it. She has taken the first step but alas, it has resulted in a fragmented friendship. Whom are we talking of? Well, none other than Katie Holmes and Victoria Beckham aka Posh. Their friendship is on the rocks and the reason simply is Katie denying having the same tattoo as Posh.

Posh had got a phrase âDe Integroâ â meaning âafreshâ done on her arm. She asked Katie do the same and she denied. Not only that Katie reportedly said that the tattoo was ‘trashy’. As per a source Posh is âpretty shocked and upsetâ after her remark. Well, what else does Posh expect?

Katie and Posh’s friendship on the rocks! was last modified: July 31st, 2012 by Community Writer | Community.Drprem.com