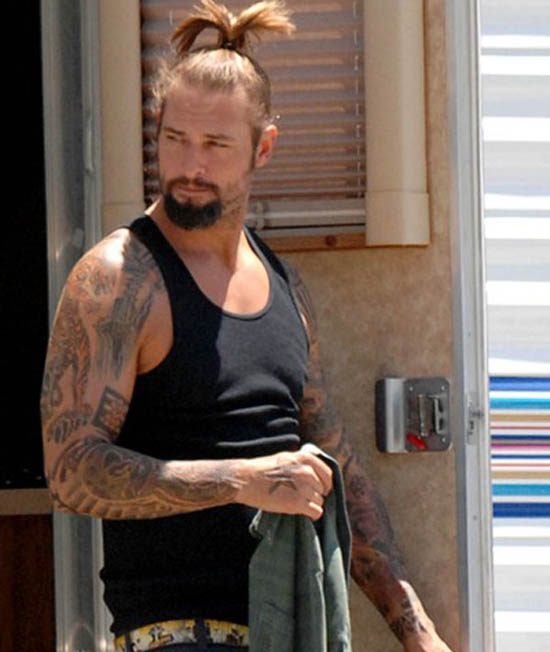 Well, I knew that josh Holloway has got some elaborated tattoos on his lower arms, but I had no idea that the action star has recently covered all of his muscles with fresh tattoos. And these tattoos are specially meant for his upcoming movie âStay Coolâ, where his role will be that of a tattoo artist. I donât know what sort of tattoo he can make, but with the crazy ponytail on the top of his head and the bare heavy tattooed shoulders, Josh looks like a genuine tattoo artist in the making. Wow! That’s really cool!

The Hello Kitty Tattoo- Cute As Ever!