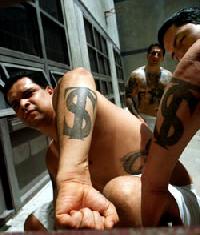 Prisoners in Victoria, Australia are blind to the harsh repercussions they are inviting with their idea of jailhouse tattoo parlors. They want to tattoo each other with home made tattoo guns and that too un-sterilized. Every day I come across people with tainted and infected skin and it is just not understandable how such bizarre idea can crop up.

Though, the controversial idea has been thwarted by the jail guards. It would have been playing with the prisoner’s life, especially when after getting out of prison they have to struggle hard to join the main stream.