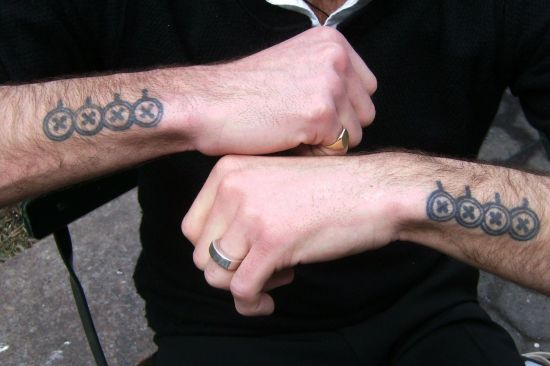 The buttons like tats you see here are actually marks of respect. Adorned by Stephen, these tattoos hold together the childhood memories. These are not the only tats he is wearing, including these ones; he has 10 tats in total, most of them done at Electric Lotus Tattoo and Piercing in Boonton, New Jersey. But the honorary buttons (Stephenâs tribute to his dad) are done by Don Perdue.