Home Off Beat Finally, Frisko is in the flesh of Gerg 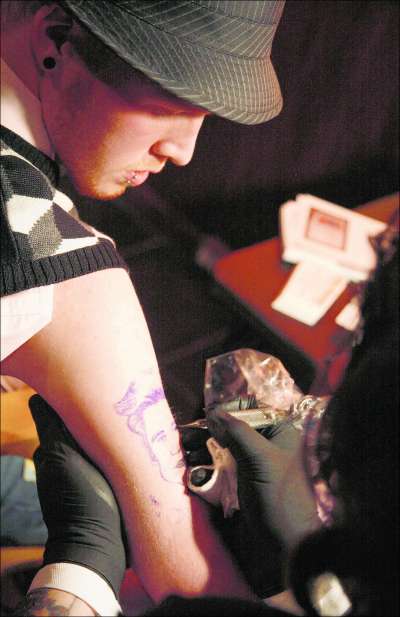 Finally, Frisko is in the flesh of Gerg

Finally, on Saturday Greg Yorke, 21, etched his skin with a face tattoo of the local CTV anchor, Bruce Frisko on his right bicep at a Halifax bar.

The inking followed an online bet. Mr. Yorke’s friend Nicole MacDonald started a group on the social networking website Facebook with a simple proposition: “If 25,000 people joined the group, Mr. Yorke would get a tattoo of Mr. Frisko”. Surprisingly, on May 2nd this target was achieved (more than 2700 people joined in) and even Mr. Frisko had enrolled himself as the member of this group.

He was double-minded about achieving the target and before getting himself tattooed, he said:

I can’t believe I am going through with this and if (Mr. Frisko) loses his celebrity status, I’m really out of luck.

Poor guy is really out of luck as Mr. Frisko could not win the Atlantic Journalism awards, held on Saturday night in Halifax.

Finally, Frisko is in the flesh of Gerg was last modified: July 31st, 2012 by Community Writer | Community.Drprem.com

Ban Tattoos! But Why?