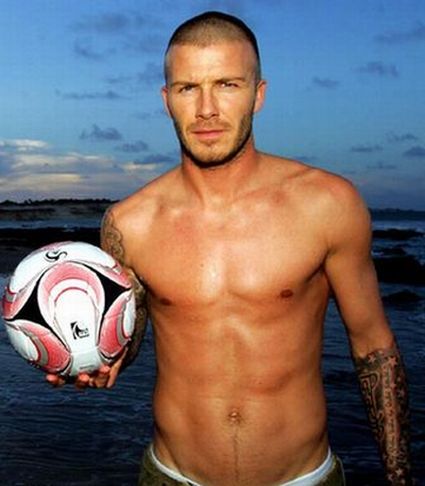 It seems that David Beckham is heading towards his dream of imitating the body-covering tattoo art of Prison Break character Michael Scofield. He bared his 11th body art (on his left forearm, draped around the Hindi dedication of wife Victoria’s name) while he had a good time kicking the ball on a Brazilian beach yesterday. The famous soccer player already dons ten tattoos on his back, arms and neck, with his son’s names, Brooklyn and Romeo, tattooed on his back. Wentworth Miller, who plays Michael Scofield in the hit US show said:

I’ve heard he’s getting my tattoo. Isn’t that wild? It never occurs to me that celebrities or sports people or actors are watching my show. I think his idea to join up his tattoos will work quite nicely, but I don’t envy him having it done. That’s a lot of work and a lot of pain for a tattoo that size.