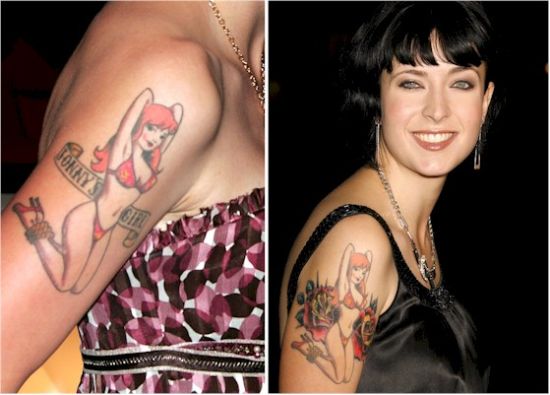 Oscars was an awesome event this year. Simple and clean, I liked it. Anyways, I am not here to discuss Oscars with you but Diablo Codyâs tattoo. Well, if you know she won the Oscar for best original screenplay and her dress didnât cover the arm on which she bore the tattoo. What is interesting is that sometime back where the stripper inked on her arm had a caption titled âJonnyâs girlâ has been covered up beautifully. Now thatâs what we call âchanging timesâ. Seems the new version of the tattoo is lucky for her.