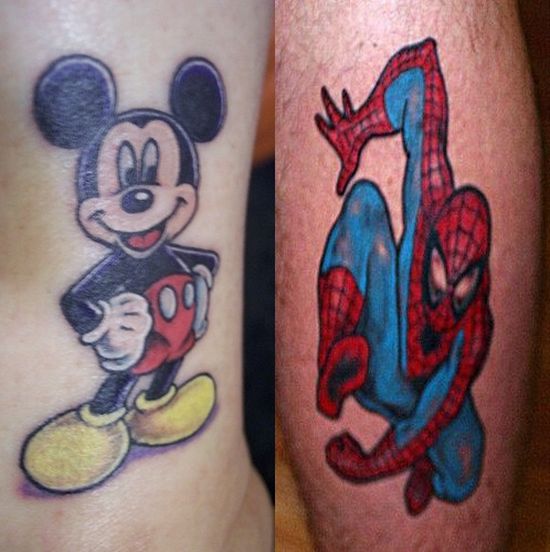 You know you havenât quite grown up when youâre old enough to get a tattoo but you still insist on getting a cartoon character inked on! While I still admire those edgy anime/manga tattoos, I donât really care a lot for inks featuring Mickey Mouse or the Justice League. i mean its ok, just about ok, when youâre actually below 10 and you have a friend sketch then on with your ink pens, but for anyone above that age wanting to get an animated character like Dwarf Grumpy or even Homer Simpson inked on his body, Iâd suggest a long and serious conversation with the best therapist in town!

New Law: Doctors must be present in...