Home Off Beat Becks gets his side inked with undecipherable tattoo 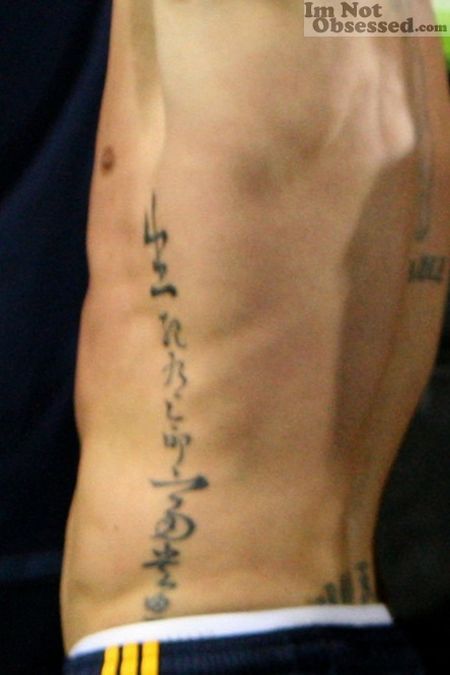 Becks gets his side inked with undecipherable tattoo

I must admit, I find the Beckhams to be just about the most annoying celebrity couple on the face of the world. And I really donât like the stunts they keep pulling to be in the news. But I do like Davidâs tabloid-sweetheart spirit especially since he insists on getting wonderfully entertaining tattoos for us to share and discuss on the blogosphere. This is his new side tattoo, and though looks like a series of doodles drawn by a bored 5th grader in history class, I think I can almost make out a faint semblance of the letters R, B and C, which of course would have to be the initials of his three sons, Romeo, Brooklyn and Cruz since it would be insanely dangerous for him if it spelt Rebecca!

Becks gets his side inked with undecipherable tattoo was last modified: July 31st, 2012 by Community Writer | Community.Drprem.com