Home Off Beat A Word with Tattoo artist – John Wayne 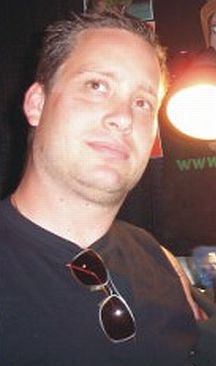 Earlier I had shown you some beautiful pieces of John Wayne’s tattoo art on foot. Now, we have the artist, John Wayne from Beesting Tattoo in Belle River, Ontario (right next to Detroit/Windsor), himself coming up and speaking before you all about his expertise. Apart from tattooing, he himself wears a lot of tattoos (shown in the image below) on his body. Hope you’ll enjoy the exchange of ideas.

Disha: Let’s start with your first rendezvous with the art. When did it started and how?

John Wayne: I started way back 18 years ago with a needle and some ink from my mothers sewing kit and began poking dots into my skin at the tender age of 17. From there it went on to homemade machine for a few more years. When I realized that what I was doing looked terrible I decided to take it a bit further and get some punters from others in the industry and took a not so formal apprenticeship at a tattoo parlor, but left after 3 months when I seen it was going nowhere. Bringing to today’s setup that I am comfortable in.

Disha: Who is John Wayne in flesh and blood?

John Wayne: I’m 35, married, 2 dogs a house, just an average guy. I love to see creation unfold in front of him. I like all kinds of artforms, biomechanical and bio organical being my two favourites. Music is a huge influence in which I am, I like all styles from Classic Rock to Heavy Metal.

Disha: How far would you like to take your tattooing?

John Wayne: Would like to travel with it, make some trips to foreign countries and tattoo with others that are my peers and learn from them. I would also like to have a few tattoo artists working for me that I can teach to do clean tattooing.

Disha: How have things changed regarding your inking over the years?

John Wayne: Well, I sure can move quicker than I used to and keep the ink in the skin. My style right now I think is going through changes, I used to just tattoo what I thought was supposed be done, now I tattoo what I feel should be done. I feel I have more confidence in what I start on a tattoo. I find myself doing alot more reference collecting and studying the objects key elements and translating it to the skin.

Disha: Please throw some light on your tattoo parlor and share how you approach towards a piece of art. What’s the secret behind the name Beestingtattoo.

John Wayne: We have set up a private studio where it is based as a 1 on 1. The client will start by calling to make a consultation appointment and Jackie (my wife) will set one up with the client and have them come out and go over ideas, taking notes and collecting any reference from them and putting all this information into a folder until I can get around to designing it. Then when I get to design the tattoo, she will call the client to have them come out to approve the artwork and make any notes for changes if necessary. Next step is appointment day where it’s just the client and I for the next little while or long while working tediously toward the finished product.

Disha: Which is your ink dream and why? Have you ever been able to achieve it?

John Wayne: So far, I guess all my dreams I have had for my tattoo journey I have had come true. The next would be to work along side some of my peers in the industry doing guest spots, like Larry Brogan, which I will be doing shortly, Bob Tyrell, Guy Aitchison , Aaron Cain. I would also like to collaborate with some other artists on some bigger pieces.

Disha: Tell me frankly, what is there in tattoos, despite all the pain, that drive people and of course, you, crazy?

John Wayne: 1st and foremost, INDECISION, people just wanting a tattoo with absolutely no direction and having you making a whole bunch of designs with no real idea what they want, that’s what makes me crazy. The client , I guess it’s the wait that makes them crazy, the waiting period is around 8 months to get in so , its the waiting game.

Disha: How much do you charge, approximately, for a piece of art?

John Wayne: I charge by the hour, $100 per hour, discounts of course for really long sittings and such.

Disha: John please tell us about your meeting with Larry Brogan at this year’s Detroit tattoo convention. How many shots did you get from his tattoo gun; we’d like to see the pictures of the piece also.

John Wayne: I actually met Larry Brogan originally 2 years ago at the same convention and we became friends instantly, he’s a breeze of fresh air in an industry that seems to produce rock start attitudes and has become a source of inspiration and information. I since then have been getting work from him to continue getting my sleeve from him. This year we sat for a 6 hour sitting to finish my Bali mask on my inner bicep. Here you can see what Larry and others have tattooed on me. The latest piece is at the bottom.

Disha: As you say, you always seemed to love to create’, what exactly is creativity for you?

John Wayne: I really like when someone gives me an idea and my mind will wonder to figure out the best way to lay it out as a design, or something I see , I will watch a movie and sometimes get lost on scenery and shadowing on a persons face and try to figure out how to convey that with my machines. Prior and during my tattoo career, I have been an airbrush artist also and have painted on many surfaces and found this to be exhilarating.

Best Wishes To John Wayne and his Family.