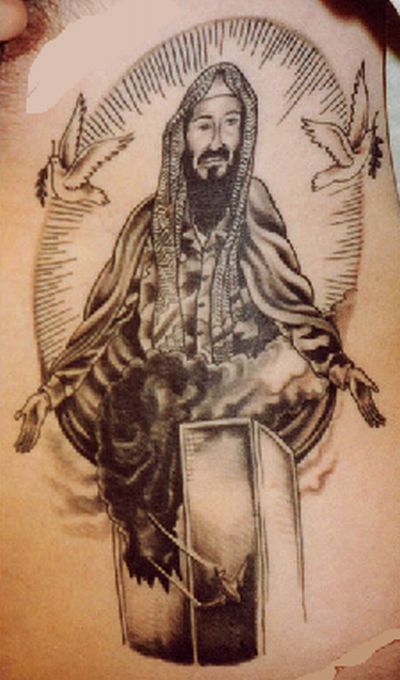 Here is a tattoo that overcomes evil with good piece of art. The tattoo is itself an ironical as it shows terrorist Bin Laden disguised as Jesus Christ.

What does the tattoo wearer wants to prove? Does the wearer want to say that Bin Laden is not a terrorist rather a saint? He is inked with a nimbus and two pigeons as a symbol of peace. Bin Laden smokes up from the destruction of twin towers blast and with peace symbols trying to show that he is a peace lover… huh!

Apart from everything this tattoo, seem to be self-contradictory and leave the viewer to lot of imagination.

Angelina Jolie Plays With Her Tattoos