It’s not an uncommon sight to see people with massive tattoos on their arms, legs and just about any other place that you could think. But there are some employers who believe that tattoos peeking out through your clothing at the workplace aren’t very professional. Tattoos need to be covered up at the office and some employers overlook these tattoos when they are slightly visible at the workplace. But then again, this tolerance differs from one organization to another. 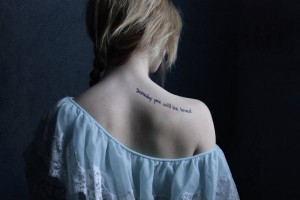 Tattoos were once associated with gangs, drug users and other forms of social delinquency. The main debate centers on whether tattoos are appropriate for the office; one out of every five adults in the US alone sports a tattoo, so even employees at various levels of the corporate hierarchy have tattoos. Employers are increasingly hiring people from various back grounds in answer to a globalised marketplace; there are also plenty of benefits and pay structures to support people from various lifestyles. An employer may bend the rules about the employee dressing in a way that is consistent with the image of the employer, so it is just a matter of where the tattoo is. Tattoos aren’t indicative of how well a person does his job. The policy of tattoos in the workplace will depend on what industry you belong to, these policies may be relaxed with the intention of enhancing diversity in the workplace.

Modern employers choose to value a person’s skill and work experience over how they look; most of them don’t look at tattoos too harshly especially in a job market that is tight. Their belief is that the most qualified person is the best one for the job. There are some bigger companies like Bank of America who choose not to have any formal tattoo policy as they believe that Valuing diversity and differences will make their organization stronger. There are people who. On the other hand, believe that tattoos, bold garments, unconventional garments may distract people at work. 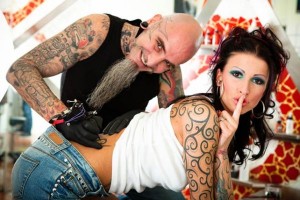 Tattoos can only have negative impact during a job interview or at the workplace if they are lewd or offensive in anyway. In a survey conducted by Careerbuilder.com, tattoos was one of the top three reasons that would discourage an employer from hiring individuals and over 40% of people who removed their tattoos said that employment was their reason for doing so.  In certain fields, for example, medicine: doctors are required to cover their tattoos because a uniform demonstrates professionalism and is needed to gain the trust of the patient. Artistic fields of work such as fashion, music, sports often embrace tattoos. The views over tattoos at the workplace are changing, but slowly. So it is probably better show off you tattoos after work hours.

Tattoos in the Workplace was last modified: October 28th, 2013 by DrPrem Jagyasi