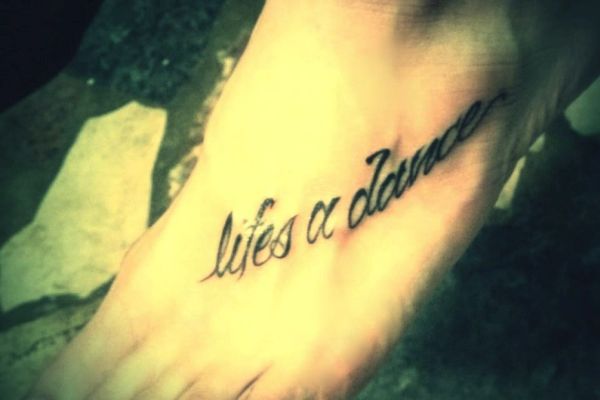 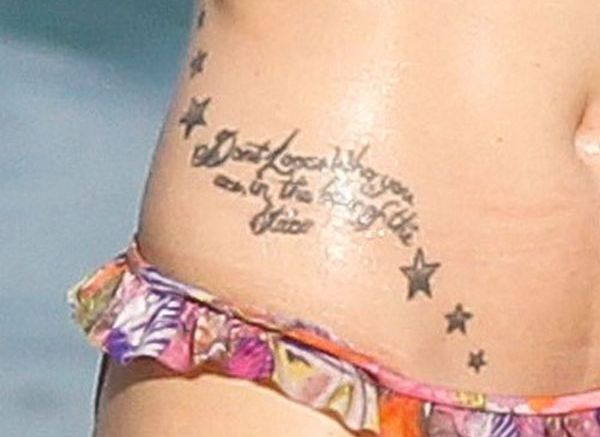 Jessi J earned a lot of appreciation and fame for her successful music career and her track “Don’t lose who you are in the blur of the stars” became much popular. She decided to get these lyrics inscribed on her body but the tattoo artist misspelled the word lose as loose. Thereafter, Jessi is left with no other option than to wear high waist outfits to hide the tattoo.

The Twilight famous Ashley has got a sweet little tattoo on her foot that says “lifes a dance”. This tattoo would have been sweeter if the word lifes had an apostrophe. These little tattoo mistakes make the entire tattoo disappointing. 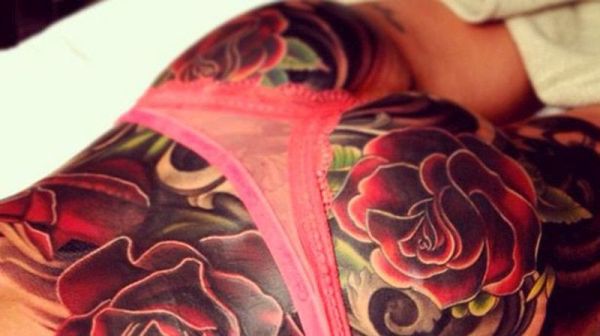 Cheryl has got whole of her lower back inked with big roses that has been voted as one of the worst celebrity tattoos. Nikko Hurtado, the tattoo artist took several hours to complete this tattoo and it cost around £12,000.

Britney is known for her tattoo mistakes a she had committed the mistake twice. The first time she had a Chinese symbol inscribed on her hip that was actually meant to read mysterious but ended up being spelled strange, which was really embarrassing for Britney. The second time she again got a tattoo inked in Hebrew on her back, below the neck that meant God and this time, the tattoo was misspelled. 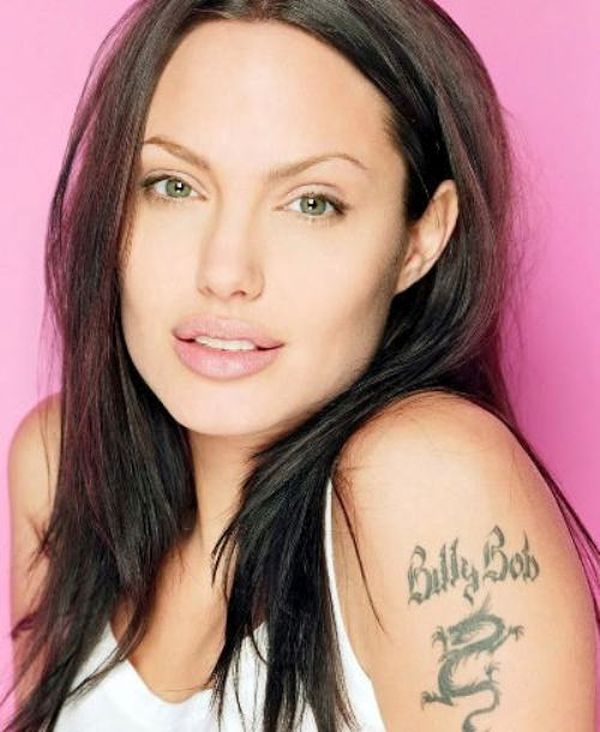 Angelina had got the name of her ex-husband, Bill Bob Thornton inked on her shoulder above an ugly dragon but after they broke up, removed the name in order to show respect to her new boyfriend Brad Pitt. Now, in place of the dragon she has the maps of the birthplaces of all her children. 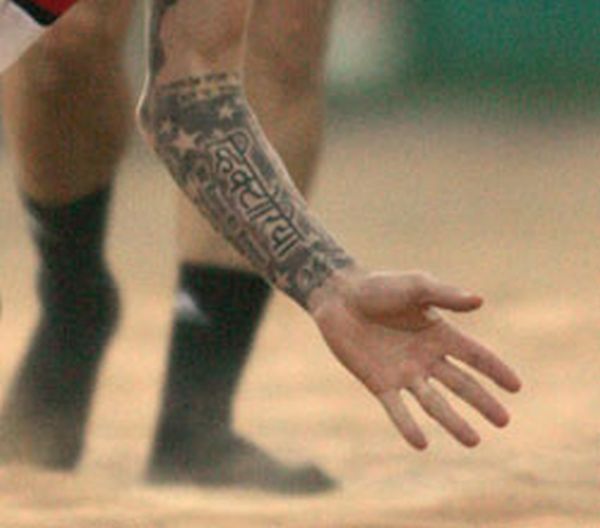 Beckham has too many tattoos inked on his body and among them is a gigantic tattoo on his arm indicating the name of his wife Victoria in Sanskrit. Unfortunately, the tattoo is misspelled and it reads as “Vihctoria”. 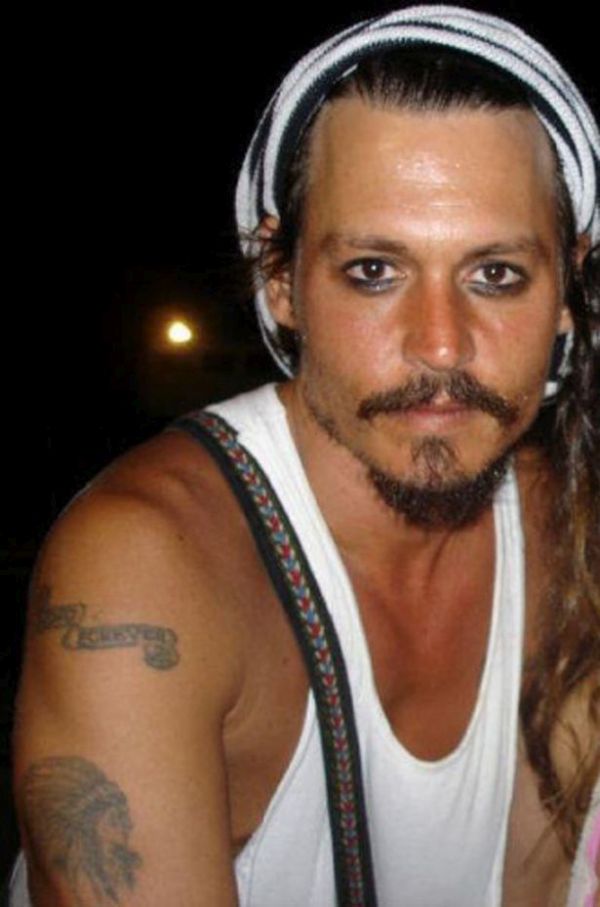 Johnny Depp was in deep love with his girlfriend Winona Ryder and so, he got “Winona Forever” inked on his arm. But soon the relationship ended and Johnny rectified his mistake by altering the tattoo and now the tattoo reads as “Wino Forever”.

Celebrities change their tattoos with their boyfriend or girlfriend. Falling in love immediately inspires them to make tattoos and the moment they break the relation, the tattoo needs a change.