Home Off Beat Jim Morisson Tattoos knocking at the doors 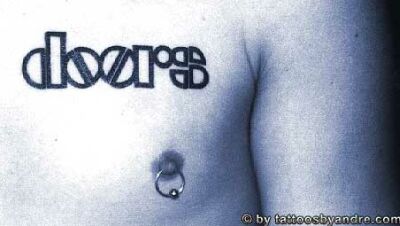 James Douglas Morrison, a.k.a. Jim Morrison, doesn’t need an introduction. The short sparking life of the singer, writer and poet, gave enough colors to his fans to turn them into moving canvases marked for life with his tattoos.

The thirty-fifth death anniversary of the artist passed away silently on 3rd July and his last personal hand written journal, containing his final thoughts and unseen poems, will be auctioned later this month. All his fans would definitely like to grab it.

Even body painting enthusiasts are not behind and are brushing themselves up in an effort to flaunt their devotion towards the god of sex, drugs and rock n’ roll. The body portrait of Jim Morrison from the Doors above depicts art by Mark Greenawalt on model Kayla Rei.

Via: Tons of Tattoos

Rihanna loves tattoos and her fans too